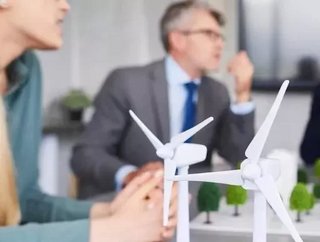 As sustainability continues to be a critical priority, the role of CSO in financial firms is not just a crucial one, but an evolving one, reports Deloit...

Hiring a Chief Sustainability Officer (CSO) is nothing new. Every business worth its environmental salt has one. Or something equivalent, like a Head of ESG.

But what is new is the importance now being placed on CSO shoulders to help steer the organisation, with the Chief Sustainability Officer (or its equivalent) increasingly regarded as one of the most crucial members of the C-suite, helping to guide organisations towards what is set to be a new economic reality.

This is true for many industries, but increasingly so for the financial industry, which has witnessed a surge of CSO hires in the past 18 months, according to research by Deloitte UK.

C-suite sustainability hires in financial firms on the rise

According to new research from the Institute of International Finance (IIF) and Deloitte UK, 75% of financial firms surveyed report having CSO or equivalent position in place.

Goldman Sachs Asset Management, BlackRock and JP Morgan were three early adoptees. JPMorgan Asset Management debuted its first-ever global head of sustainable investing at the start of 2019, while Goldman Sachs made a senior sustainability hire at the end of 2019, and BlackRock appointed its first global head of ESG Integration at the start of 2020.

CSO as an organisation’s ‘sense-maker’

An increasingly crucial role for financial firms, the CSO is expected to become more prominent over the next few years, with the role emerging as a “sense-maker in chief”, according to Deloitte.

After all, not only are financial services firms exposed to the physical, transition and liability risks from climate change, but they also have a critical role to play in transitioning the global economy to a low carbon reality through systems of sustainable finance.

Financial firms are vital in “helping transition the world to a low-carbon economy through sustainable finance as well as driving their own evolution”, states Axel Weber, Chairman of the Institute of International Finance (IIF) and Chairman of the Board of Directors of UBS Group AG.

With the pace of change in sustainability increasing, and international standard setters, national legislators, and industry-specific regulators all reflecting this changing landscape, the CSO as a “sense-maker” needs to bring insight into the organisation, triage external initiatives, and make connections among different developments. They also need to “prioritise the urgent and the important”, and act as a catalyst for change.

CSOs need to be strategic, influential, and responsible for making the repercussions of ESG concerns tangible for business lines. In pursuit of this, networking, organizational knowledge, and a thorough grounding in the business are viewed as essential attributes.

The report predicts that financial industry CFOs have a central role to play in “helping drive efforts forward”, in understanding, and predicting, changes in the external sustainability environment, and subsequently re-positioning the business model of firms to tackle this head on.

According to Anna Celner, Global Banking & Capital Markets leader, Deloitte Global, “CSOs focused on measurable, decisive action” can help make climate change a reality, and “the more empowered we can make them, the more impact we will see across all areas of an organization”.