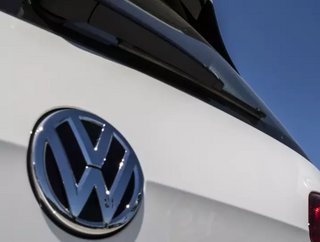 Volkswagen and BMW are being fined for claims of collusion over their use of emissions technology, and the EU charges come with significant figures

Regulators claim that Volkswagen AG and BMW AG ‘curbed’ the rollout of AdBlue - emissions cleaning technology - as the European Union issues a fine of US$1bn to the automotive companies. Volkswagen will receive the majority of the fine while BMW still has to pay a significant amount of money.

A settlement was made by BMW, which meant the fine was reduced. BMW will still pay €373mn, while VW owes the majority with a fine of €502mn. The fine is a result of collusion between the two companies to limit the use of its emissions reduction technology after meeting the minimum requirement stipulated by the European Union. Without the settlement - admitting to the charges - BMW’s fine amount would have been much higher, at €1.4bn, but the company decided to cooperate with the EU - following its previous intention to fight against the charges.

Daimler AG, the owner of Mercedes Benz, was said to have also been involved in the case, but the company avoided the fines after it came forgot about the collusion between motor companies. According to Margrethe Vestager, the Antitrust Chief of the European Union, the companies “possessed the technology to reduce harmful emissions beyond what was legally required under EU emission standards [...], But they avoided” competing “on using this technology’s full potential.”

What Was Collusion About?

The EU has stated the three carmakers were involved in a deal on AdBlue technology, which is used to reduce harmful nitrogen oxide emissions in diesel combustion engines. The companies came to an agreement over the size and ranges of AdBlue tanks and a “common understanding” over the range that the AdBlue tank would cover. According to the EU, the collusion between the companies occurred between 2009 and 2014 - not long after AdBlue was first implemented in diesel cars.

The large fines that have been imposed on the automotive companies highlight the need for more guidance when it comes to collaboration, without any risks of breaking antitrust laws. As the industry faces a lot of significant changes to regulations, the current laws do not support the complexity of those changes.

VW is currently facing a difficult time as its previous regulatory misconduct contributes to its reputation among the European Union.