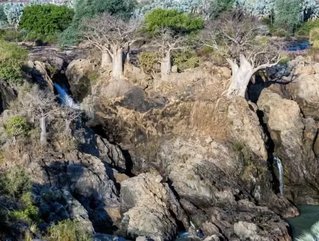 After 27 years on unrest, the Angola Civil War finally ended in 2002. The People’s Movement for the Liberation of Angola (MPLA) and the National Union for the Total Independence of Angola (NUTIA) fought, with some intervals, until the MPLA finally achieved victory in 2002. However, by then 500,000 people had died and nearly 4 million Angolans had been displaced from their homes. Angola was wounded, and the scars last until this day. The struggle devastated Angola’s economic institutions, farming practices, religious institutions and infrastructure.

“Angola’s transportation infrastructure is being reconstructed (since the end of the Civil war) and modernised. The country is in the process of rebuilding and improving roads, bridges, ports and airports,” Luis Silva, CEO of Antonia J Silva Lda Transportes e Logistica (AJS) tells us.

The head of Angola’s leading transportation and logistics company has a personal investment in the health of Angola’s infrastructure. Luis Silva’s father, Antonio J. Silva, founded AJS 40 years ago, and since then the company has been fighting to rejuvenate Angola’s infrastructure.  Silva joined the team as a child, absorbing the company’s purpose and his father’s shrewd business acumen.

Silva left Angola briefly for university. “I received an engineering degree from Universidade Técnica de Lisboa in 2006, with qualifications in hydraulic water resources and safety and operations of dams,” Silva tells us. After graduating, he worked as an engineer in Portugal, focusing on major water projects in Lisbon, Tejo South and Ponte de Lima.  On return to Angola, Silva worked in AJS’ nascent Transports Department where he was responsible for the establishment of new business operations for the company’s logistics services.

When appointed as CEO, Luis set to continuing his father’s work. Recruited over 200 additional employees and added over 200 trucks to the AJS fleet. Silva explains, “The fleet is completely modern, and is equipped with GPS navigation for optimised performance”.

He continues to detail AJS’ wider transportation developments: “The Integrated Logistics side of AJS, in operation since 2007, has grown into a full-service solutions company for the transportation industry throughout the supply chain, providing integrated logistics services including: receiving, inspecting, stock control, storage, and door-to-door transportation.” AJS supports these activities with warehouse space, crane-equipped trucks, refrigeration space, forklifts and scales. As part of its logistics operations, the firm has over 300 collaborators.

How does Silva fit into this wider structure? He takes us through an average day at the helm of AJS. “The first thing I do is check in the senior Logistics team to find out if there are any issues that need to be resolved that day, such as ensuring employees are allocated as needed to projects,” he says. “I usually have a list of priorities, including: the status of AJS’ large projects, customer and supplier concerns, and any employee issues.” Silva then reviews report highlights from his team to ensure that AJS is meeting its goals for cost, productivity, accuracy, safety and timeliness.

“Next, I check on the status of our new business or project pipeline. Usually I want to see requests from potential customers to help provide them with an accurate bid and timeline,” Silva explains.  Although Silva is CEO, he spends little time in the office. After catching up with ongoing projects, he usually visits AJS distribution centres.

“I go in-person to make sure everything is running smoothly and talk to some of the drivers every day to find out if they are having any specific difficulties. I spend much of my time on the road,” says Silva. To finish the day, Silva and his team review and confirm tasks in preparation for the following morning.

Silva emphasises that this turn of events only happens on an average day. It’s not every day that things run so smoothly. “Supply chain management has many challenges,” he tells us.  “These include: customer service, cost control, planning and risk management, health and safety and supplier/partner relationship management.” AJS manage these challenges by setting specific goals for each ares and applying specific metrics to measure success. Staff review these metrics at least monthly, to see where improvements need to be made.

AJS also tackles challenges by implementing continuous improvement strategies. “We are always looking to improve on our processes. No matter how good something is, it can always be made better,” Silva asserts. The firm encourages development ideas from all employees, not just executives. Silva adds: “Even incremental improvements can translate into significant savings over time and lay the foundation for further improvements in the future.”

Improvements, fresh ideas and thinking forward are key AJS tenets.  Thus, it is no surprise that AJS invests heavily in corporate social responsibility. Last year, the annual Congress of the South African Association of Freight Forwarders noted that women are heavily underrepresented in Africa’s logistics industry. AJS has responded to this inequality by addressing gender inequality in its employment structure. “One important thing we do that distinguishes us from the competition is that AJS hires women in non-traditional jobs such as welding,” Silva says.

AJS also makes sure to operate an ethical, sustainable supply chain. Silva explains: “As an importer of paper for the Angolan market, we are acutely aware of the necessity to maintain an ethical and sustainable supply chain. Protecting against an unethical supply chain comes down to one thing: transparency.” AJS expects its partners to share information regarding their labour and environmental practices. Its supplier selection also takes these factors into account. “We work to reward ethical suppliers by ensuring that they get our business,” Silva adds. “In our own operation, we emphasise to all employees to reduce waste, and we use largely recycled paper.  We take the used oil to companies that need oil to burn, largely for the production of bricks and ceramics.” According to Silva, AJS recycles 3000 litres of oil per month.

Over the last 5 years, AJS has expanded into a number of Angolan provinces and principal cities including Benguela, Huíla, Zaire, Cuando and Cubango. It has also diversified into a number of other sectors. AJS has invested $9 million in a factory that will build trailers and flatbeds. AJS also conducted a broad market study which revealed a deficit of paper producers coupled with great demand in importing paper products to Angola. Additionally, the firm has expanded into oil exploration and renewables; it is participating in a study for oil exploration in the Congo Basin and is involved in the construction of a mini hydro.

With these projects underway, Silva plans to revolutionise the way AJS serves the Angolan people, and thus continue his father’s work. Angola’s infrastructure may still be hurting from the effects of the war, but AJS sees no reason why the Angolan people should suffer too. With Silva at the helm, AJS provides a service that helps to decrease, rather than increase, the distance between Angolans.