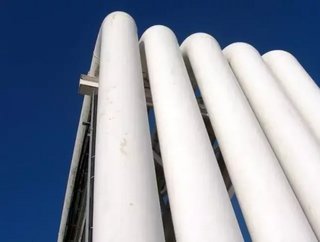 The project facilitated by the country’s Department of Trade and Industry (DTI) which provided a R30 million grant as part of its Infrastructure Development Support which leverages investments to by providing infrastructure critical to industrial development, thus increasing exports of value-added commodities and creating employment opportunities. The incentive programme is part of the Critical Infrastructure Programme (CIP).

Jacques Malan, Director at Eternity Power and Vuselela Energy, said “The set of technologies used at the Eternity Power clean energy plant had not previously been used in a smelter environment and a significant amount of novel work was done to design the integration of the technology into the smelter complex and to establish the technical feasibility of the process.”

The Eternity Power Thermal Harvesting™ project was commissioned in June 2015 and developed by Vuselela Energy in collaboration with Anglo American Platinum at a total project cost of R 150 million. It is the first co-generation power plant of its kind to be used in the South African market, and will create a clean, inexpensive power source for the Company.

This facility uses waste heat from the Anglo Converter Plant convertor cooling circuit to evaporate an organic liquid and drive an expansion turbine. The plant has an installed capacity of 5MW of which 4.3MW is available to the grid reducing capacity bought from Eskom.

Reyburn Hendricks, Director at Eternity Power and H1 Holdings said “The smelter sector is an important component of South Africa’s mining and industrial economy and is a large consumer of electricity. Smelters emit large quantities of energy in the form of furnace off-gas as well as the emitting of heat. For various reasons.”

July Ndlovu, Executive Head of Process at Anglo American Platinum said, “We now have clean, sustainable and reliable energy and are proud to open Eternity Power as South Africa’s first thermal harvesting power plant in our operations. The plant is performing beyond expectations, generating more power ahead of its schedule.”