Bringing Africa up to speed with the cloud 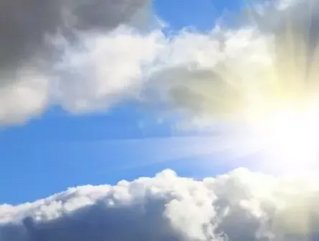 The cloud concept is relatively simple. It is a way to access data and applications from anywhere, anytime, via the internet, or “the cloud”.

Google took cloud computing to another level by allowing users to store and share information on Google documents. The system then runs an entire company’s operations using a remote third party data centre. It relies heavily on real time server interactions, high bandwidth and a stable connection. All of which are not very common in some parts of Africa, even in 2010.

Banks today say organisations adopting the system will need to think about protecting their assets and services with more precision, whether these assets are stored and accessed within the business or externally within a public cloud or network, something that some companies on the continent cannot afford.

However, Clifford Foster, chief technology officer for Sub Saharan Africa at IBM Australia, disagrees. Foster says cloud computing can assist organisations in Africa to respond to opportunities and challenges of the smart planet quicker. He says the control of assets using cloud computing should be policy driven, with a clear definition of who can access what within a particular business context.

In the case of an external cloud, it will be critical to include this level of security requirement, in addition to the other required service qualities within the contract that is signed with the cloud service provider. You can perhaps also demand the same from your own IT department in the case of an internal cloud or a network behind the corporate firewall. Technology experts based in Africa echo Foster’s sentiments.

According to them, Africa is not too far from the West when it comes to utilising cloud computing to enhance its business.

However, they say that businesses need to keep the following realities in mind that: Accessibility: Internet connectivity is still not available in large parts of the continent. Affordability: Even cheap computing devices would be outside of the grasp of many. Positioning: Cloud computing is a step up from conventional computing in the South African World Wide Worx released a report earlier this year stating that the use of mobile internet services has exploded in South Africa and the continent at large, although less than half of urban mobile users who have internet-capable phones use the internet.

The report says that usage of specific applications like Facebook Mobile far outpace browsing on the phone, even though both are available on almost two-thirds of the phones used by South Africa’s urban cellular users.

Arthur Goldstuck, managing director, World Wide Worx, says while 60% of users in this market have phones that can browse the internet, only 21% report that they use this form of mobile internet access.

The findings suggest, on the surface, that more than half of the 16 million urban cellular users are capable of accessing email on their phones with as many as 60%, or 9.5-million, able to browse on their phones. And that is just for South Africa alone. Could the Cloud change Africa’s global position?

Africa has already undergone a major digital revolution. Four high-speed fibre optic cables were laid late last year across the ocean floor, and will join the continent to the rest of the world via broadband. For a continent which has relied on satellites and dial-up, the promise of significantly cheaper and significantly faster internet connections is tantalising.

Governments in Africa strongly believe they have no choice but to turn the continent towards information technology. And some benefits have emerged. Rwanda and Kenya saw their businesses attract more foreign investor interest when they laid cables that made it easier to connect with the rest of the world. Having said that, experts agree that although cloud computing is not a far off concept for the continent, most people in Africa cannot even perform the most basic functions.

Additionally, it would require considerable training effort to get them to the point where they can come to grips with the concept of cloud computing. It is nevertheless a doable task provided the heart and the mind is there in achieving it.