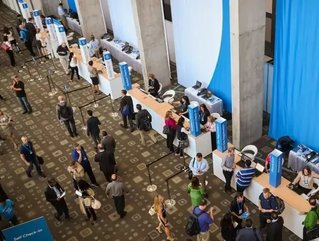 At the Dell World conference in Texas last month, the company announced that it would be working with SMEs in the Middle East to produce cloud services.

Speaking to Gulf Business magazine, Dell's President for Europe, the Middle East and Africa Aongus Hegarty said: “If you look at server and data centre technology and solutions, I think the emphasis is on the cloud rather than on premise. We can enable a company that wants to build a private cloud for their own use, or a service provider, or software for a service company that wants to build cloud data solutions for its customers. We are building solutions that build on those needs.”

Dell has also announced that it will be expanding its workforce in the Middle East with 200 jobs being created in Dubai alone as the company merges its Middle East business with its turkey and Africa operations.

Dell’s Middle East expansion comes even as the company revealed plans to acquire software and security firm EMC for $67bn.

The deal will help the company offer end-to-end IT solutions globally and to regional customers, especially as the Middle East moves rapidly towards adopting the Internet of Things.

Last year, Dell also set up a solutions centre in Dubai – its 18th such centre in the world – to showcase proof of concept requirements to regional customers.