Ethiopia: Solar minigrid at Woldia University is first of its kind 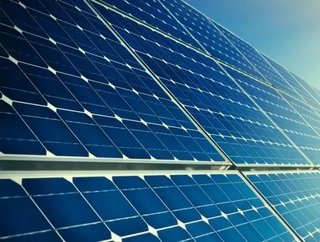 An international public private partnership (PPP) has begun work to establish a Solar PV mini-grid plant of up to 100 megawatts at Woldia University in Ethiopia’s North Wollo region.

The consortium of energy developers, SANOY-GTDC (Ethiopia and USA) and AIB Stimaken (France and Kenya), will work hand in hand with Ethiopia’s Woldia University to provide stable, renewable power and ultimately, provide power for the rapidly expanding city of Woldia.

The publicly-owned University, which currently has close to ten thousand students and one thousand staff members, was established in 2008; it is developing a reputation for quality education and visionary leadership. The University has an ambitious expansion plan for the next 5 to 10 years. It will be increasing the number of academic departments and student enrolment. It also plans to set up one of the first public private medical schools in Ethiopia, with the medical school doubling up as a health clinic and cutting-edge research centre.

The University currently consumes an average of 4.5 megawatts of power per annum from the national grid. However, power supply is often interrupted under the national load shedding programs and effectively disturbs the University’s teaching and research activities. Consequently, expansion plans, especially for the medical facility, have been put on hold and plans for more stable power sources have been considered by the University.

In line with its visionary expansion plans, Woldia University wants to establish an independent mini-grid based on solar power and complemented with sustainable energy storage to ensure up to 24-hour renewable power supply. The greener source of stable energy is expected to provide uninterrupted, and fully-carbon neutral power for the functioning of the academic institution and support the effective operations of a modern medical school.

The city of Woldia is strategically located near the new railway link connecting northern Ethiopia to the port of Djibouti, one of the largest ports in the African continent. Almost all of Ethiopia’s foreign trade is shipped through Woldia from or to Djibouti. The city is also home to a number of industries and a world-class sports stadium. The Woldia University solar mini-grid is anticipated to be a catalyst for growth in the area.

Woldia University’s strategic aim is to become one of the top twenty universities in Africa. The solar grid is a critical component of its plan. “This plan is timely and consequential. It will help not only the University, which suffers a great deal of the time because of irregular and frequent power interruptions that cost it tens of thousands of Birr per week due to damages to its properties and services, but also the city by enhancing its economic activities that are halted by power failure” said Professor Yalew Endawoke, President of Woldia University.

The consortium, mandated with the feasibility studies and project sizing of the solar grid, is led by Dr Yonnas Kefle of GTDC. Dr. Yonnas is optimistic that the Woldia’s project will be a good model for institutions of higher learning in Africa and will unlock a lot of interesting hybrid renewable energy models. He further expressed his belief that “the project will provide the University and the region with a stable source of power that will greatly improve the quality of life and learning in Woldia.”

John Ouko and Eugenia Adofo of AIB Stimaken, developers of a 40 megawatt Samburu solar PV project in neighbouring Kenya, are also of the belief that the Woldia University mini-grid could be a game changer for both African solar and higher education.

Dr. Yonas Zegeye, Florida-based neuro-surgeon who is developing the medical school and clinic at Woldia University, says that uninterrupted power to the clinic will be critical to deliver a high quality health care program to the University and the city.

“Lessening the power demand on the national grid is a key aspect of this project” said Mayor Tsehayu Mengesha, head of the city of Woldia, a keen supporter. “The project fits with our plan to develop Woldia as an important hub in northern Ethiopia.”