Europe leads the world in innovation 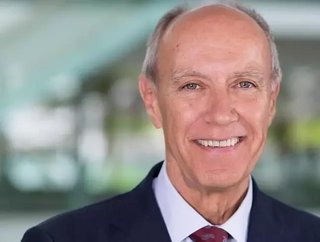 Switzerland, the United Kingdom, Sweden, the Netherlands and the United States of America are the world’s five most innovative nations, according to the Global Innovation Index 2015, while China, Malaysia, Viet Nam, India, Jordan, Kenya, and Uganda are among a group of countries outperforming their economic peers.

The GII 2015 looks at “Effective Innovation Policies for Development” and shows new ways that emerging-economy policymakers can boost innovation and spur growth by building on local strengths and ensuring the development of a sound national innovation environment.

“Innovation holds far-reaching promise for spurring economic growth in countries at all stages of development. However, realizing this promise is not automatic,” said WIPO Director General Francis Gurry.  He added: “Each nation must find the right mix of policies to mobilize the innate innovative and creative potential in their economies.”

The United Kingdom (UK), in second place and up from the 10th position in 2011, hosted the global launch of the eighth edition of the GII. Baroness Neville-Rolfe, Minister for Intellectual Property and Parliamentary Under Secretary of State at the Department for Business, Innovation and Skills said: "The UK has an outstanding tradition in producing the very best in science and research: with less than 1% of the world's population we produce 16% of the top quality published research. This research excellence is a major factor in the UK maintaining its position at number two in the 2015 Global Innovation Index.  The government is committed to making Britain the best place in Europe to innovate, patent new ideas and start and grow a business."

The GII, co-published by Cornell University, INSEAD and the World Intellectual Property Organization (WIPO), surveys 141 economies around the world, using 79 indicators to gauge both innovative capabilities and measurable results.

As a whole, the group of top 25 performers – all high income economies – remains largely unchanged from past editions, illustrating that the leaders’ performance is hard to challenge for those that follow.

Some exceptions are: the Czech Republic (24th) is in the top 25 and Ireland (8th) in the top 10 this year. Also, China (29th) and Malaysia (32nd) show a performance which is similar to the one of top 25 high-income countries, including in areas such as human capital development and research and development funding.

In terms of innovation quality – as measured by university performance, the reach of scholarly articles and the international dimension of patent applications – a few economies stand out. The US and the UK stay ahead of the pack, largely as a result of their world-class universities, closely followed by Japan, Germany and Switzerland. Top-scoring middle-income economies on innovation quality are China, Brazil and India, with China increasingly outpacing the others.

Soumitra Dutta, Anne and Elmer Lindseth Dean, Samuel Curtis Johnson Graduate School of Management, Cornell University and co-author of the report, points out that: "Innovation quality matters. Creating world class universities and investing in research is essential for staying ahead in the global race for successful innovation."

Economies that outperform their peers for their level of gross domestic product are designated in the report as “innovation achievers.”

A number of low-income economies are innovation achievers, performing increasingly well at levels previously reserved for the lower-middle-income group. Sub-Saharan Africa stands out, with Rwanda (94th), Mozambique (95th) and Malawi (98th) now performing like middle-income economies. In addition, Kenya, Mali, Burkina Faso and Uganda are generally outperforming other economies at their level of development.

These innovation achievers demonstrate rising levels of innovation results because of improvements made to institutional frameworks, a skilled labor force with expanded tertiary education, better innovation infrastructures, a deeper integration with global credit investment and trade markets, and a sophisticated business community—even if progress on these dimensions is not uniform across their economies.

Bruno Lanvin, Executive Director for Global Indices at INSEAD, and co-editor of the report, stresses that: “In all regions of the world, entrepreneurship, leadership and political will are making a difference regarding innovation. Barriers are falling, and innovation achievers are displaying performances higher than what their income per capita would suggest. Their experience is now becoming a basis for other countries to emulate their success and turn innovation into a truly global engine for sustainable growth.”

Innovation policies occupy a central role in developing and emerging economies, where promoting innovation is central to development plans and strategies and is key to addressing pressing societal problems such as pollution, health issues, poverty, and unemployment.

The GII 2015 finds that a well-coordinated innovation policy plan with clear targets and a matching institutional set-up have proven to be a tool for success. GII analysis shows that increasing business sophistication business linkages to science and its institutions, foreign subsidiaries, and the recruitment of scientists– is often the single biggest challenge in developing economies. While significant resources are often devoted to attracting foreign multinationals and investment, developing country policymakers should consider how to capture and maximize positive spillovers to the local economy.

An underexplored area in many developing countries is steering innovation and research to context-specific solutions, which may not produce frontier technologies or comprise part of existing global value chains, but which offer solutions to local challenges. Finding innovative ways to overcome developing country challenges in the area of energy, transportation, sanitation, and getting a greater return on local artisanship and creative industries are a priority.

India remains at the top of the regional ranking of Central and Southern Asia this year, followed by Kazakhstan and Sri Lanka, which has significantly improved its position.

“The GII underlines the steady outperformance of India on innovation relative to its level of development”, says Chandrajit Banerjee, Director General of Confederation of Indian Industry (CII). “We applaud the new innovation policies put in place by the new Indian government, which are not yet effectively captured by the data used in the GII. Some of these measures have already had a positive impact on the build-up of innovation momentum and entrepreneurial mood in the country, and we expect this trend to grow in the coming months and years.”

Central and Southern Asia has yet to reach its full potential: Most countries in the region remain outside the top 100 of the GII. However, the economies at the top of the regional rankings can serve as models of good innovation policies with stronger institutions that will help stimulate higher levels of innovation-driven regional development in the coming years.

Johan Aurik, Managing Partner and Chairman of the Board of A.T. Kearney, says: “While European countries are leading the index, we see policy concerns in three areas: Adopting more forward-looking legislation for emerging technologies such as autonomous cars; Enabling companies to better anticipate new regulation; And improving regulatory harmonization so that standards are more easily adopted and upheld.”

Kai Engel, co-founder of IMP³rove – European Innovation Management Academy and Lead Partner for A.T. Kearney’s Innovation Services, adds that: “European regions have developed smart specialization strategies to focus innovation funds; the major challenge ahead of us is their efficient implementation, making use of big data approaches that increase precision and adaptability of policy measures.”

Latin America and the Caribbean is a region with improving but largely untapped innovation potential. Brazil (70th), Argentina (72nd), and Mexico (57th) stand out as economies performing above the region’s GII average. The consistent over-performance of Chile (42nd), Costa Rica (51st) and Colombia (67th), in regional terms and as compared to their peers of similar economic development, is noteworthy in the region too, as is the emergent role of Peru (71st) and Uruguay (68th).

Many resource-rich economies in the region have started to diversify and spur innovation in new sectors. This has allowed for Saudi Arabia (43rd), United Arab Emirates (UAE) (47th) and Qatar (50th) to achieve top GII positions within the region as well.

“The UAE continues to be at the forefront of innovation, with Government emphasis on diversifying the country’s economy. At du, we have worked hard to create connected ecosystems that ensure knowledge diffusion and seamless innovation,” said du Chief Executive Officer Osman Sultan.

In the region, Armenia (61st) and Jordan (75th) continue to outperform on innovation with respect to their level of development; and they are joined by Morocco (78th) this year. Israel (22nd) ranks first in the region for the third year running.

With half of its economies in the top 40, South East Asia and Oceania maintains its innovation dynamism this year. While Singapore (7th) and Hong Kong (China) (11th) remain at the top of the regional rankings, the Republic of Korea (14th), New Zealand (15th) and Japan (19th) are also within the top 20. The region’s performance is also boosted by China (29th) and Malaysia (32nd), but also the positive developments in Viet Nam (52nd), Philippines (83rd) and Cambodia (91st).