EWS has solution to waste not, want not 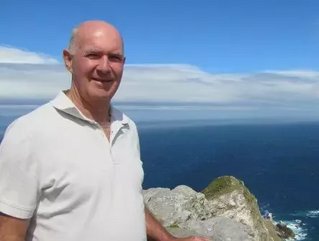 Governments need to push harder if renewable energy schemes are going to be wholeheartedly utilised to eradicate the global problem of landfill.

Richard Wardrop, Operations Director of Durban-based technical and management company, Environmental Waste Solutions, believes the political will to deal with landfill issues is not present.

However, his company is doing its utmost to change the status quo, using a process which harnesses plasma arc gasification technology for the eradication of landfill, which in turn produces energy.

He said: “My own opinion is that the political will to deal with landfill is not really there. I think there has to be something in legislation whereby Government says to municipalities and councils ‘that’s it, you are not going to be able to use landfill after a certain day. There won’t be any landfill tax because there will be no landfill’.

“I get very frustrated by the lack of action by politicians supported by civil servants who see anything which impacts on their workload as a nuisance and my experiences in both Africa and the UK are exactly the same.”

However, Wardrop believes that the future of renewable energy schemes is as bright in South and Southern Africa as it is in Europe and the US and with good reason.

EWS, which has its holding company in the UK, is currently in negotiations for its first gasification plant in the Kwa-Zulu Natal province which would be capable of generating 50 MegaWatts of power from the waste it can process.

The EWS solution means that that a lesser amount of the electricity will be lost because it is generated at the point of use and doesn’t have to be sent down a transmission line, unlike conventional methods which result in power transmission losses.

The technology which EWS uses has been developed by Israeli company Environmental Energy Resources Ltd.  However, it was originally the work of leading scientists at the Kurchatov Institute in Russia, a world renowned scientific institution for treatment of low-level radioactive waste.

Wardrop said: “You basically get two huge bonuses from one project, eliminating landfill and generating power. However, many people get confused by the process of gasification and incineration.

“With gasification, the temperatures used in the process are much higher which destroy all the toxins present and at the end leave a resin-type substance which is totally inert and can be used for road-fill or foundations for houses, etc.”

It is a very clean process which produces a gas that can be used in engines, turbines or combined heat cycle machines and it generates 1.25 megawatts of power for every 10,000 tons of waste. Plus, the amount of thermal energy produced by the process equates to 2.75 MW of thermal energy per 10,000 tonnes of MSW processed.

The plant, which is hoped will be commissioned early in 2015, will create 200 jobs during its construction and then 70 in the long term.

EWS is working with a private in Black Economic Empowerment (BEE) group, who has  won the contract to own, operate and run the plant.

“About 60 percent of what is required for the plant will be manufactured locally. We will act as the technical suppliers and advisors while the BEE group own, manage and operate the day-to-day operations,” said Wardrop.

“I am confident that once the plant is installed, up and running there will be a queue of people coming to us wanting to do the same thing. We will certainly be looking to do similar projects in the Southern Africa Development Community (SADC) region.”

Wardrop pointed out that looking at the current statistics for South Africa 3 GW of power could be generated from the country’s collected waste, which equates to the same amount of power from a conventional power station.

He said: “the issue is that landfill in its own right is an iniquitous thing to do. The legacy we are leaving for future generations is the legacy we are leaving now because if you travel around the world to any city or town there will be a hole in the ground somewhere full of rotting rubbish and really who would want to live on a landfill site. It is primitive.”