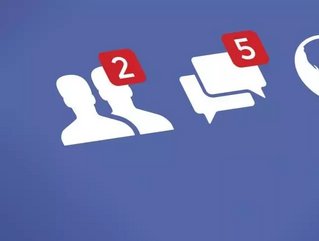 7th February 2017 marked Safer Internet Day, an annual EU initiative aiming to promote safe online activity across the globe. As a major stakeholder in the internet, Facebook naturally got involved.  The social network has over 1.9 billion people and expresses its ongoing efforts to “help build a safe community on and off Facebook”.  As part of its corporate social responsibility (CSR) strategy, Facebook chose Safer Internet Day to launch a series of initiatives aimed at increasing internet safety in Africa.

Five months on, we catch up with Facebook and a couple of its African partners to examine the legacy of Facebook’s initiatives. Did its vision for a Safer Internet outlast 7 February? Will this CSR initiative benefit Africans well into the future?

It’s well-known that internet usage in Africa is growing at a rapid rate, thanks to increased penetration of mobile technology. Felix Iziomoh, Executive Director at International Centre for Leadership Development Nigeria (ICLDNG) explains the trouble with this advancement. “We have a growing number of young people accessing the internet via mobile phone, who do not understand the positive uses of the internet and/or the requirements for safety online,” he tells us.

ICLDNG is Nigerian non-government organisation (NGO) focused on youth empowerment.  As part of its plan to increase internet safety in Africa, Facebook partnered with ICLDNG and other NGOs and public-sector agencies. Facebook tells us that these partnerships “ensure the safety and education of their communities, and addresses the needs of vulnerable people.”

To forge these partnerships, Facebook encouraged applications while also seeking out worthy ventures. “Facebook approached us with the proposal,” Awo Amenyah, Executive Director of youth-focused NGO J Initiative Ghana explains. “At that time, we were looking forward to having industry players onboard to empower children and young people”. Facebook, a dominant force in the social media sector, used its industry clout to provide partners with financial and marketing support. Facebook stresses that this is not a one-time investment.

“We have and will continue to support these non-profit organisations with advertising credit to help raise awareness of the tremendous work that they do and to ensure that more youth find out about who to turn to when they want to learn more about how to stay safe online,” a Facebook spokesperson tells us.

In order for these lessons to be widespread and ongoing, Facebook recognises that Africa’s governments need to collaborate with NGOs. “In some countries, the government is very involved and focused on online safety for children,” Facebook tells us. Before Safer Internet day, Facebook helped ICLDNG to partner with the Lagos State Ministry of Education District IV. This collaboration boosted national awareness on the positive uses of the internet.

Facebook also followed up its Safer Internet Day efforts by inviting its African partners to its EMEA Child Safety Summit 2017 three months later, in Ireland. “This has led to country-level discussions of some crucial protocols the country needs to accede to in order have international cooperation,” Amenyah explains.

Along with young people, Facebook also recognises that women are a common target for online abuse. The network teamed up with Women’s Aid to produce an online safety guide for women last year. Facebook also hosted a Women’s Safety roundtable in Kenya.

This year, Facebook furthered its efforts by partnering with women-focused NGOs for Safer Internet Day. The Women’s Technology Empowerment Centre in Nigeria and Tech Women Zimbabwe both receive support from Facebook. Furthermore, the social media firm partnered with ICDLNG and the Nigerian government to deliver a workshop devoted to 300 female students.

Facebook has demonstrated sustained effort before and after Safer Internet day to better women’s online experience, so potential for a long-term impact is looking strong. Generally, Facebook seems to acknowledge that its CSR initiative is a long-term commitment, rather than a brief aside at board meetings. Maintaining relationships with progressive partners is key to Facebook having a lasting impact in Africa and the NGOs we spoke with had positive feedback. ICDLNG praised Facebook for its “real commitment to improving society” and “ease of communication”. J Initiative Ghana, on the other hand, noted Facebook’s up-to-date safety information for the NGOs audience.

And finally, Facebook itself is confident its initiatives will have a lasting effect on sub-Saharan Africa. “We are constantly listening and learning,” its spokesperson says. “Through partnerships and supporting organisations who are experts in the field, we can continue to ensure that the conversation about online safety continues even after the Safer Internet Day ends.”