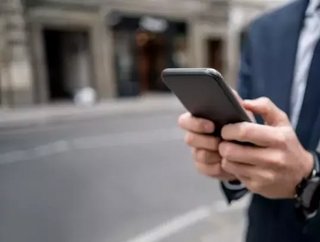 After suffering a decline for the first three quarters of 2016, the GCC mobile phone market has begun to improve according to the latest figures announced by International Data Corporation (IDC). The firm’s Quarterly Mobile Phone Tracker shows that the region saw the shipment of 5.98 million units in Q4 2016, up 7.7 percent on the previous quarter.

"While the rate of Q-o-Q growth varied from country to country in Q4 2016, Qatar was the only member of the GCC to post a decline (-2.2%)," says Isaac T. Ngatia, a senior research analyst at IDC Middle East and Africa. "Saudi Arabia, which had suffered the worst declines in previous quarters, saw a reversal of fortunes in Q4 2016 by posting the region's highest Q-o-Q increase at 11.9%. The market is beginning to stabilize following the Saudization of the mobile industry and the challenging macroeconomic climate that compounded the effects of its introduction."

"The UAE, which is the GCC's second-largest market, also saw a considerable improvement in Q4 2016, with shipments up by about 5% Q-o-Q for the final three months of 2016," continues Ngatia. "Q4 is traditionally the best-performing quarter of the year due to spending splurges in line with customary end-of-year and New Year festivities.  As such, only time will tell whether temporary seasonal factors were the main drivers of the market's turnaround in Q4 2016."

"Apple registered a solid quarter, which can be attributed to the success of its iPhone 7 and the gap created in the market by the Samsung Note 7 recall," says Nabila Popal, a senior research manager at IDC Middle East and Africa. "While the majority of Note 7 customers opted to stay within the Samsung family, Apple benefited from the fact that there are limited Android alternatives occupying the same price band as the Note 7, experiencing a clear boost in iPhone 7 sales as a result."

Another interesting development was the drop in the average sales price of Android devices. Only a quarter of Android smartphone shipments to the GCC in 2016 were of phones priced above $450, a figure which was at 50 percent three years earlier.