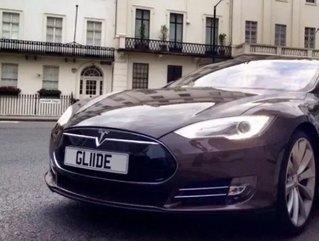 The newly-launched GLiiDE is an all-electric taxi service in London that will be ran soley on Tesla cars in a move which could undercut the UK capital’s black cab service by as much as 50 percent.

GLiiDE will base its sustainable chuaffer offering around a smartphone app and corporate portal that incorporates booking, tracking and payment.

The service is emissions-free and thus escapes Central London’s congestion charges, and offers customers the chance to ride in the Tesla Model S, one of the most highly-commended electric cars to be produced to date.

The company claims to be presenting one of the safest cars on the road with fixed taxi prices and no hidden extras.

For now the service is invitational only as it looks to iron out any issues before full rollout.

London is not actually the first UK destination to trial such a service, for nearby Kent has seen a similar idea launch while tests on the Model S are also underway in the United States and Norway, arguably the green capital of Europe.

This news follows the announcement from Google that it is to pilot its driverless cars in selected cities across the UK, applications for which are being taken.

Combined with Tesla’s intention to enter the lucrative London taxi arena, the future of UK transport could be taking a green and automated turn.