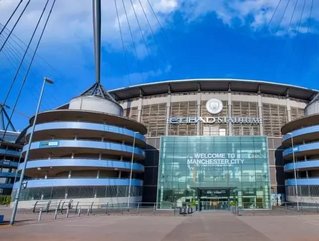 Tappit provides a digital alternative to cash payments at sporting, festival, and entertainment events. Users of the service are provided with electronic wristbands that can be charged up with money and then used throughout tappit events. The company claims switching to cashless events leads to ‘shorter queues’, 80% faster transactions, and in-depth insights into customer spending habits.

Mark Gullickson, Event Manager at Last Stand Football Fan Park in Dubai, stated: “going cashless with tappit increased my sales, minimised the hassle of reconciliation and helped us make the most of our inventory”. The Head of Commercial for Birmingham CIty FC, Ian Dutton, also said: “tappit’s cashless product will dramatically enhance the club’s operational efficiency and our supporters’ overall matchday experience”.

Tappit claims going cashless can increase revenue at events by up to 22%.

What's the point in a new £5 note when society is turning cashless?

Which global brands are making their mark on European football?

Manchester City FC “will work with tappit to offer a variety of added-value features for fans, with tappit’s worldwide footprint meaning the Club’s global fanbase will also benefit from this new partnership during live experiences throughout the season”.

While, football news site Soccerex reports “the current partnership will not see the club’s Etihad Stadium go cashless,” events in the UK and Asia, such as live screenings, mass participations, and fan park initiatives will use the service.

Damian Willoughby, Senior Vice President of Partnerships at City Football Group, said: “Manchester City is excited to be entering this partnership with tappit, whose cashless technology has proven popular at many live events. The partnership comes at a time where football and technology are more closely linked than ever before – working with tappit will certainly help us utilise this”.