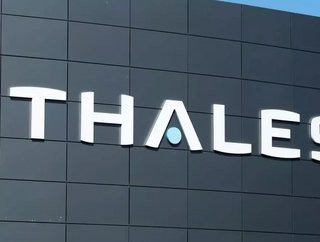 Belfast-based weapons manufacturer Thales is awarded a healthy £72.5mn contract with the MoD to develop a new weapons system over a four-year period

It seems 2021 is Thales’ year. Following on from its cosy £98.4mn contract with the Ministry of Defence (MoD) in March to maintain the UK Armed Forces’ short-range air defence, the Belfast-based missile manufacturer is continuing its close partnership with the government department for a further four years. This new deal, settled for roughly £72.5mn, will see the company develop and deliver a fresh and innovative new weapons system designed to steer away from the use of traditional ammunition.

Moving away from traditional ammunition

Thales has been set the task of developing a new breed of weapon designed to operate without ammunition, and it’s welcomed the challenge with open arms. The company is currently working on its Directed Energy Weapons, powered by electricity and able to be operated without the need for ammunition. As a result, the MoD claims the cost of operating the weapons greatly decreases, allowing “unprecedented offensive and defensive flexibility to personnel on the frontline.”

“Winning these contracts is a good news story for Northern Ireland and its reputation as a hub of technology excellence,” says Managing Director at Thales Belfast, Philip McBride. “They allow us to expand our capabilities and ensure we are a significant part of the MoD’s thinking in developing and delivering novel weapons to the British Forces for many tears to come.

“The awards also help create a centre of excellence for novel weapons in Northern Ireland and allows us to broaden our skill base and develop the suitably qualified, experienced team we need for the future.”

It’s possible that Thales’ Directed Energy Weapons hold the potential to significantly reduce the risk of collateral damage during military operations, signalling a new age of weapons and military technology.

The future of weapons manufacturing

McBride continues, “We are pleased to be supporting the MoD on this ground-breaking technology and it’s a boost to the workforce to see UK MoD continue to invest in our business.

“As a major defence prime, this will be an encouragement to the excellent supply chain we have here in Northern Ireland and shows that Government and MoD see Northern Ireland as a provider of high-tech solutions.”

A total of three contracts will ensure the delivery of Directed Energy Weapons demonstrators, two laser and a third on radiofrequency.

Jeremy Quin, Minister for Defence Procurement, is confident regarding the contract’s potential to deliver innovation and progress aligned with the MoD’s revamp of the defence sector.

“We are investing £6.6 billion in research and development across Defence over the next four years, reaffirming our commitment to provide the Armed Forces with truly advanced capabilities.

“Directed Energy Weapons are a key element of our future equipment programmes and we intend on becoming a world leader in the research, manufacture and implementation of this next-generation technology.”