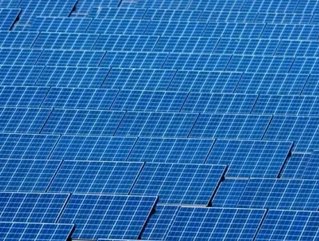 A study by the Middle East Solar Industry Association (MESIA), MENA Solar Outlook 2015, has indicated that 1,800MW worth of solar projects are set to be initiated within the next twelve months.

The projected figure of $2.7 billion represents a six-fold increase on 2014, when under 300MW of solar projects were awarded. While the report focuses on the Middle East, there is still much potential for North Africa in the near future.

The report highlights two key factors which are fuelling the sharp rise in solar projects in the Middle East and North Africa (MENA) region. First, the price of solar systems has dropped dramatically in recent years, from roughly $7.00/watt in 2008 to less than $1.50/watt in 2014, amounting to a 75 percent reduction in costs.

Simply put, this means that, for the same budget as a 10 MW solar PV power plant in 2008, a plant five times larger can be built today without having to spend a penny more.

Secondly, the cost of generating electricity from natural gas has increased. Regional governments have historically been able to produce or import natural gas for less than $2.00/MMBtu. Today, however, much of the new domestic natural gas production could cost up to $8.00/MMBtu.

By comparison, the cost of solar today is equivalent to burning natural gas at approximately $4.00/MMBtu.

With the cost of solar power generation steadily falling, it is becoming increasingly economically viable for governments and business to make the switch, and the MENA region could very well prove to be the exemplary case.

Read the May Issue of African Business Review.