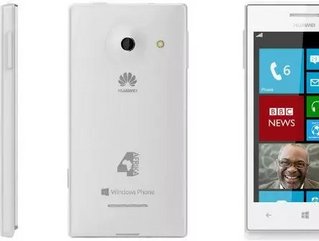 Demand for smartphones in Africa has prompted two big players within the technology market to join forces and launch a new phone specifically designed for the continent.

The phone, called the Huawei 4Afrika, is the first in a series of smart devices being custom developed for the continent and released as part of Microsoft’s sweeping new 4Afrika Initiative.

It is hoped the 4Afrika initiative will make tens of millions of smart devices available across the continent in the next couple of years.

The phone will be marketed according to the retail market within those individual nations.

The new phone is a variant of the Ascend W1 launched at last month’s Consumer Electronics Show. Features include a four-inch 480 x 800 display, dual-core 1.2 GHz Snapdragon processor and 4GB of internal storage as well as front and rear-facing cameras.

It also comes with pre-loaded, custom-built apps created by African developers for African consumers and includes a market-specific store within the larger Windows Phone Store for downloading locally-relevant apps and content.

Jean-Philippe Courtois, President of Microsoft International, said:  “We believe there has never been a better time to invest in Africa and that access to technology—particularly cloud services and smart devices—can and will serve as a great accelerator for African competitiveness.”

Windows Phone already has a strong presence in Africa with devices from HTC, Samsung, and Nokia. In fact, another part of this broad 4Afrika initiative is a joint Nokia and Microsoft customer training program in Kenya and Nigeria to help accelerate adoption of Nokia Lumia 510 and 620 phones.

More than 90 percent  of phones sold today in those markets are feature phones, so Microsoft and Nokia are teaming up to provide free in-store training for customers to help them get the most from their new Lumias and manage their new data plans.