Opinion Piece: Embracing the future: how Telcos can evolve and flourish 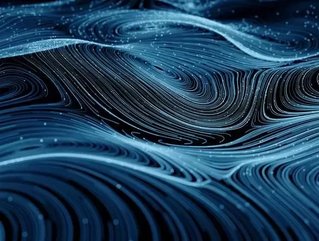 Over the past decade or more, telecom carriers across the world have considered how they can evolve their business models, moving away from purely voice and data, to ensure they remain relevant in the future.

It’s an industry that has been hit by various threats from all sides - from banks and retailers launching cellular offerings, to so-called ‘over-the-top’ players running voice and chat services across data networks, to new virtual network operators that spring up and promise a far better customer experience.

For traditional telecom carriers, the fear has always been that of being relegated to become a ‘dumb pipe’, banished to the bottom of the stack and forced to simply build the network, without providing any rich services or owning the direct customer relationships.

But this kind of infrastructure-only strategy isn’t the direction that most Telcos are comfortable to pursue. Instead, they are looking to leverage their expansive networks to provide new services to users, increase their share of wallet, and diversify their revenue streams to reduce the reliance on pure voice and data income.

One of the strategies for Telcos has been to purchase an IT services company, or at least a datacentre, to build out their enterprise offerings to the larger corporates. In general, this is a model that hasn’t yet fully worked, as the IT services tend not to be properly integrated into the Telco’s operations, as the acquired IT firm often continues fairly independently.

But perhaps, as the Cloud Computing revolution sweeps through business ecosystems, this strategy will pay off for Telcos.

One way of better leveraging their IT infrastructure is for a Telco to consider the existing shared services that they already use in their own business (the likes of Procurement, HR, ERP services or Accounting, for instance). They could in fact, build out these capabilities and ‘present’ them to businesses as value-added offerings on top of the enterprise networking agreements.

Telcos could also diversify their revenue streams in the smaller business segments with handy bundled software solutions, bundled alongside data, voice and hosting.

Another realm worth considering is to move into content services – entertainment, news and lifestyle services that fit in harmony with the core data network. For example, a South African telco could offer a data service alongside a uniquely-local video on demand offering – to give users an array of local channels that can be streamed at any time, with zero-rated data fees for the entertainment service.

So far, locally and globally, Telcos have largely left it to traditional broadcasters (like Multichoice or HBO) to create streaming services, or to entirely new pure-play digital broadcasters (such as Kwese or Netflix).

This could well be a missed opportunity, as Telcos not only have the existing network to carry entertainment and news content, but they also have the deep pockets required to invest in original content creation – effectively moving ‘up the value chain’ in a similar way to the Netflix example.

Mobile Money could be one of the areas of untapped opportunity for South African Telco operators, as millions of local consumers would appreciate the opportunity to make payments via phones – to send and receive money as easily as we can send airtime to one another. New technologies such as the blockchain could make smaller, micro-payments more of a reality.

Finally, Telecoms players could look to the emergent realm of the Internet of Things (IoT) as a sustainable way to bolster their non-traditional income streams. It’s predicted that billions of sensors and devices will be connected to networks in the coming few years.

For a Telco, the opportunity is to provide integrated services – including the network, the devices, the applications to extract the data, the analytics platforms to make sense of it all, and the integration services into existing business systems (such as an ERP environment for instance).

Whether they grow new lines-of-business organically or take the approach to acquire specialist firms in these new areas, it’s clear that Telcos need to evolve to avoid the ‘dumb pipe’ scenario. With so many strategic options from which to choose, it will be interesting to see which strategies eventually win.