A roundup of Middle East and Africa’s tablet market 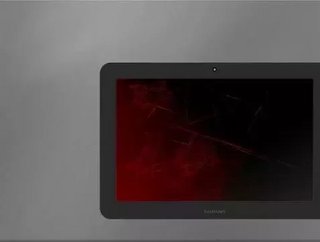 In the face of larger-screen-size smartphones, the Middle East and African tablet market is starting to decline. According to the latest Middle East and Africa Quarterly Tablet Tracker from the International Data Corporation, tablet shipments in the MEA dropped by 10.1 percent in the third quarter of the year.

"Smartphones with large screen sizes meet most needs of today's consumers, who are slowly moving their tasks to these devices," says Fouad Rafiq Charakla, senior research manager for client devices at IDC MEA. "The continuation of low crude oil prices in the Middle East and currency shortages in several African countries are compounding the problem, eventually leading to weaker consumer sentiment."

Samsung was the most popular tablet on the market in the third quarter of 2016, with a 17.6 percent share, despite having a 34.3 percent year-on-year decline in shipments. Lenovo came up just behind with a 13.5 percent share and Huawei in third place after increasing its focus on tablets in the region.

"Demand for tablets in MEA is primarily being driven by entry-level slate models," says Nakul Dogra, senior research analyst for client devices at IDC MEA. "This category offers quite low margins, so the focus on tablets from the supply side is also declining. Many vendors have cut their tablet lineups accordingly, and there don't appear to be any exciting or innovative developments on the immediate horizon to spur purchases in the tablet space."

IDC has predicted a downfall in tablet sales for 2016 overall, with 14.49 million units now expected to be shipped for the year. The previous forecast was 15.07 million units. This drop represents a year-on-year decline of 7.5 percent.

Detachable tablets are expected to be the most successful products, with shipments expected to grow at around 147.9 percent year-on-year in 2016, driven by an increasing demand from consumers and the education sector.

The International Data Corporation (IDC) is the premier global provider of market intelligence, advisory services and events for the information technology, telecommunications and consumer technology markets. IDC has 1,100 analysts worldwide and offers global, regional and local expertise on technology and industry trends in over 110 countries.