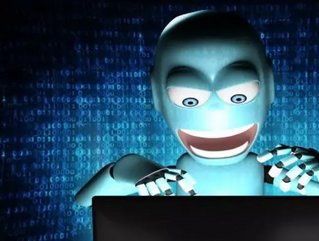 Work-life blend is overtaking work-life balance amongst European office workers, according to a new study involving 4,500 by Samsung Electronics.

The People-Inspired Security report reveals new skills that are enabling people to intertwine their work and personal lives, and the technology they use for each, to the advantage of themselves and their employers.

The extent to which workers will go to achieve this raises important security issues for European businesses to address, such as the rise of ‘hired hackers’.

Three quarters of the workers involved in Samsung’s research are work-life blending by doing personal tasks in work time (75 percent) and work tasks in their personal time (77 percent).

Nearly four in every ten (38 percent) say this helps them get more work done in the same amount of time. Almost one third (32 percent) believe it helps them manage their personal tasks better, and the same proportion say it makes them less stressed.

The study also uncovers ‘hired hackers’: increasingly empowered and tech-savvy EU workers who use the technology of their choice to get the job done, regardless of work restrictions.

More than a quarter (26 percent) of all respondents have used their own technology to get around company-imposed obstacles to doing work (e.g. by using personal smartphones to access websites, such as file-sharing site Dropbox that may be blocked on work-owned devices).

Over one third (36 percent) of Millennials, aged 18 to 34, are hired hackers – the highest proportion of any age group in the study, with Italians most likely to be hired hackers (34 percent), and office workers in Belgium and The Netherlands the least likely (19 percent).

The research also indicates that there is considerable confusion amongst European office workers around what to do regarding mobile devices and IT security. For example:

More than half (55 percent) of all respondents don’t know if their company has a mobile security policy, or if they do either are unaware of its contents or actively ignore it.

For a full breakdown of the research, download the whitepaper from Samsung.