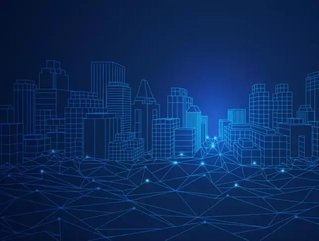 SenSat has received the backing of Tencent in a Series A funding round.

SenSat digitises real-world locations through the use of data from drones and other sources, which it integrates to create so-called digital twins in its Mapp platform. These sources might include on site-sensors, satellite imagery and so on, which it aggregates to provide a holistic view.

Designed for the use of infrastructure companies, the company says that Mapp is only the first step of its eventual ambition to build a “third platform”. The goal is not just to aid human understanding of physical locations, but to allow artificial intelligence to read and understand the real world. SenSat says that such a development would be invaluable to technologies such as autonomous vehicles and smart cities.

Based in London, where it was founded in 2015, customers of SenSat have included the likes of Heathrow, and UK infrastructure organisations Highways England and Network Rail.

According to Crunchbase, the company has raised $10mn in a Series A funding round led by Chinese technology conglomerate Tencent Holdings. As the Telegraph reported, the company previously rose £3.3mn ($4.5mn) of seed funding in 2018. Tencent is a heavy investor in promising companies, with the company’s good bets leading to an attendant increase in profits at the beginning of this year.

Sensat also highlighted the potential for sustainability enabled by its digital representations, reducing the need to physically enter and interact with sites. SenSat said on its website that it and Tencent “closely share similar ambitions about the impact of enterprise internet on laggard industries and how that can lead to us operating our world more sustainably.”

As reported in TechCrunch, SenSat’s CEO James Dean said: “SenSat has a simple but profound goal: to build the third platform, an intelligent eco-system that translates the real world into a version understandable to AI. This technology will help us to build a more sustainable future, using the wealth of new insight to help humans make better decisions.”