Tech start-ups in Britain and Singapore face the same challenges 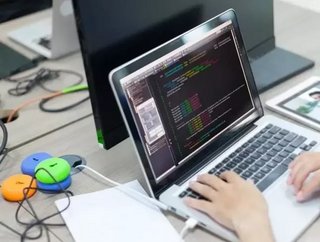 A recent study conducted by the Infocomm Development Authority of Singapore (IDA) showed that finding and growing a customer base was cited as one of the biggest challenges facing new businesses in the UK. It seems that many businesses don’t consider expanding overseas as an option, for a number of reasons. 48% of the study’s respondents who hadn’t already moved overseas said they hadn’t even considered it.

Steve Leonard Executive Deputy Chairman of the IDA said: “Through the survey, we realised British and Singapore businesses have, unsuprisingly, a lot of shared challenges. For example, a lot of UK start-ups were saying that they struggled to find enough customers. That sounds like a generic thing but it’s an important one because there’s a demographic in South East Asia that you can reach here in Singapore.

“There are 600m people within a three hour flight from here so there’s a big market available even if Singapore on its own might not be huge. We have a gateway relationship with other parts of South East Asia so Singapore is a huge growth opportunity for UK businesses.”

The IDA has a subsidiary, Infocomm Investment, which is the outward facing arm of the regulatory body. Its job is to bring investment into Singapore but also to help business owners there to expand overseas. It’s dedicated to educating European business owners on the opportunities available in Singapore and South East Asia.

Leonard said: “A lot of UK start-ups have not yet considered expanding beyond the UK and Europe. Maybe people don’t understand what might be possible in Asia and that’s where we’d like to try and help by making things more clear.

“There’s a lack of understanding about Singapore. For example, some respondents said, ‘I’d be interested in expanding into other markets but I don’t know if English is spoken there’ or ‘I don’t understand the legal system’. Our goal is to say Singapore’s main business language is English and the education and legal systems are well known and transparent.

“That continuing clarification is part of what we’d like to promote, as that’s how bridges are built. If you remove those misunderstandings then hopefully the bridges are stronger and we can do more student exchange, more start-up exchange and offer more investment opportunities for businesses in both Singapore and the UK.”

Not only is the IDA and its subsidiary trying to build bridges between the UK and Singapore but it’s also trying to encourage start-ups to tackle more difficult issues too.

Leonard said: “We’re wrapping this all up under something called Smart Nation. Problems like healthcare, transport and an ageing population are big challenges for the future. If we can do a better job bringing our start-ups, education system, investment capital and government together in a more cohesive way, we can accomplish bigger things.

“This is something we’re trying to use to bring a lot of young Singaporeans and, we hope, Europeans into the start-up market to work on these problems rather than always thinking about a clone of something that’s already out there such as another taxi app or restaurant booking site. While those might get attraction with funding, we want to tackle some bigger, tougher issues.”

Find out more about the Smart Nation campaign and the opportunities for European entrepreneurs in Singapore on the IDA website.