Is there a demand for electric cars in Africa? 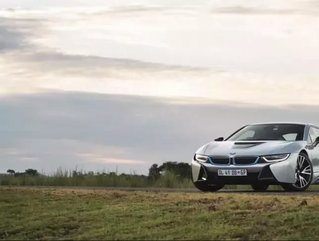 In March, Elon Musk made an exciting Twitter announcement. In just 140 characters, the Tesla owner revealed some big news: Tesla’s latest electric car will be available to buy for the first time in South Africa. Musk’s tweet sparked debates among online commentators; was this a major environmental breakthrough or complete waste of time? With Africa’s infamous power shortages and developing infrastructure, is there even a demand for electric cars?

In wider Africa, electric cars are even rarer. Home-grown electric vehicle companies like Uganda’s Kiira Motors are few, but they strongly believe that the electric car demand in Africa will grow.

Kiira Motors was born in 2006, when University of Makerere students entered an MIT design collaborative project to build a plug-in electric hybrid car. Allan Muhumuza, VP Sales & Marketing at Kiira, tells us: “Over time the initiative has evolved from an extracurricular activity by scholars at Makerere University Engineering School to a mainstream Government Funded Science and Technology Innovation Program in 2010”.

The resulting five-seater sedan is powered by a rechargeable battery and has an internal combustion engine-based generator for charging. Kiira expects the first commercial vehicle from this line to roll out in 2018.

Kiira Motors joins Kantanka Car, a Ghanaian automobile manufacturing company, as one of the few electric car producers outside of South Africa. Kantaka’s range of cars includes electric saloons, electric four-wheel drive vehicles and electric pickup trucks. These vehicles have been on the market since late 2015.

Although electric cars are relatively rare across the continent, there is support for increased vehicle production. “Advanced research in optimisation of electric powertrain technology is still on-going at various international locations,” Muhumuza explains. “With the invention of cheaper and optimised systems accompanied by the development of relevant infrastructure, electric cars shall avail clean, silent and eco-friendly transport solutions in Africa.”

What will these developed systems and infrastructure look like? Thando Pato, a spokeswoman for BMW South Africa comments on how the firm is enabling such change. “We have always emphasised that in order for electric vehicles and plug-in hybrid electric vehicles to be successful in South Africa, we need to make public charging easily accessible for customers who purchase these cars,” she says.

BMW South Africa offers its own charging options, such as the Wall Box Pure and Wall Box Pro for the BMW i3. These are home charging units that can charge the i3 up to 80 percent charge in two hours. BMW electric car drivers can also use DC Fast Chargers (only available at five BMW i dealerships) and the brand new solar carport. “BMW South Africa are the first market within the global BMW Group network to implement this solar carport,” Pato adds.

Nissan South Africa also provides support for electric car growth in the region; it signed a memorandum of understanding with BMW to jointly roll out public charging infrastructure last year.

Support from multinational corporations means little if African’s can’t affors to buy electric cars. In South Africa, the new Tesla will be sold for a steep 530,000 rand at current exchange rates. Uganda is one of the world’s poorest countries (ranked 163 out of 188 countries in the 2015 Human Development Index) so how will citizens afford Kiira Motor vehicles?

Charging resources in the rest of the region remain uncommon. “The vital support infrastructure for these vehicles such as charging infrastructure has not been developed,” Muhumuza explains.

Open Charge Map, an online database of global charging equipment locations, backs Muhumuza’s statement. Across the entire continent, South Africa is the only country in which contributors have identified electric vehicle charging stations.

Despite this shortcoming, Muhumuza is optimistic. “The demand for clean silent transport technologies such as electric vehicles shall increase with the development of such vital infrastructure in the region,” he insists.

Africa’s infamous power shortages also challenge the demand for electric cars. According to the New York Times, all of sub-Saharan Africa’s power generating capacity is less than South Korea’s, and “a quarter of it is unproductive at any given moment because of the continent’s aging infrastructure”.

In South Africa, there is a long history of “load shedding”. When there is not enough electricity available to meet the demand from consumers, Eskom (the country’s largest producer) will interrupt supply to certain areas. Critics of Musk’s announcement cite this issue, but BMW South Africa claim that they adapt to the disruptions.

“Loading shedding happens in periods throughout the day and an electric car can be charged during off-peak times, like when it is parked and overnight,” Pato says. “With our ConnectedDrive App, a customer can constantly monitor the status of the car, even when they are not in it. So if the car is connected to a charger and there is load shedding and it stops charging, the ConnectedDrive App will be able to read this”

Muhumuza also believes that Africa’s electricity issue will be overcome. He tells us how Uganda’s power generation has risen from 830 megawatts to 596 megawatts in 2010.  He also points to the rise in renewable energy investment as a factor phasing out power shortages in Uganda.

“Major big hydro power projects such as Karuma and Isimba are bound to double the hydro power supply coming to the grid. This presents power sufficient to run the Kiira Motors Complex as well as run the economy.”

Not only is renewable energy becoming more popular in Africa, cleantech (technology with commercial and environmental benefits) is showing promise as well. An EY report on foreign direct investment (FDI) found that cleantech is in Africa’s “next wave” of emerging sectors. If investors like Musk begin to fund electric car manufacturing across the continent, and access to electricity continues to improve, we may see more electric cars on African roads.

Notably, there is a clear gap in electric car presence between South Africa and the wider continent. Besides the fact that it is his birth nation, there is an economic reason why Musk decided to launch the new Tesla solely in South Africa.

However, electric car fever may gradually creep across Africa. According to Pato, BMW sees potential in wider Africa. “We have just started with operations into sub-Saharan Africa and in the long term electric cars will be part of the plan in future,” she says.

Likewise, Kiira Motors state export within Africa as a core goal. Kiira, BMW South Africa and other electric car proponents recognise the vast challenges ahead of them. However, their counter-strategies and enthusiasm suggest that perhaps in the distant future, Africa will be ready for electric cars. For now, both naysayers and advocates will have to use the Tesla South Africa’s performance as a litmus test. Will Musk galvanise Africa’s electric car revolution?