Things you need to know about the African aviation sector 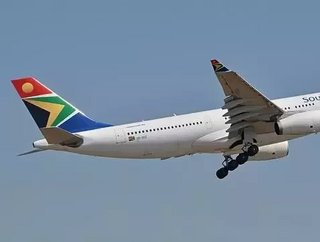 Analysis of international air travel to Africa in 2016 reveals a 5.6 percent growth compared to the same period last year.  ForwardKeys (a company that predicts and analyses travel patterns) released this data, along with the following key facts on African aviation:

A tale of two Africas

North Africa (Algeria, Egypt, Morocco and Tunisia) has seen little growth or even a decline in traffic. Alternatively, other parts of the continent, particularly East Africa, have shown double digit growth. Oliver Jager, CEO of ForwardKeys, explained that aircraft traffic in North African countries “suffered from political instability and terror activities in the region.”

In terms of market share, South Africa is the largest destination, with 13 percent of international air traffic. Egypt follows with 9 percent, Morocco with 8 percent and Mauritius with 5 percent.

Europe is Africa’s dominant origin market. The continent provides 46.1 percent of air traffic to Africa. This amount has grown by 2.5 percent this year.

The data has been released ahead of AviaDev, a new airline route development conference and AHIF. The event will take place at the Radisson Blu Hotel & Convention Centre in Kigali from 4-6 October 2016.

“This is extremely interesting and timely data,” said Jonathan Worsley, Chairman of Bench Events, the firm running AviaDev.  “It explains why we are seeing very serious interest in the market – over twenty airlines have signed up for this inaugural event to discuss new aviation routes in Africa,” he said. “Scores of very senior executives, including the Global CEOs of the Rezidor Hotel Group, Marriott and Westmont, are also coming to Rwanda.”