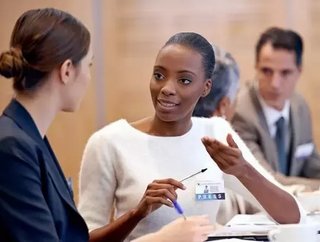 Over recent years, energy technology development has become increasingly popular across Africa.  Renewable energy projects in particular have seen a boost – many African nations have increased investment in solar, wind, and geothermal devices in order to provide energy to urban and rural communities. A current example? Angola is investing in a potential seven hydroelectric projects along its Kwanza River.

The rise in energy innovation has fuelled a rise in conferences and events. During these get-togethers, key players in Africa’s energy industry network, discuss ideas and seal deals. We’ve rounded up some upcoming Africa energy conferences:

AREF is being held by EnergyNet, a firm that hosts a range of energy and investment conferences. EnergyNet has partnered with Global Nexus and the Institute of Research in Solar Energy and New Energies (IRESEN) to host the event in Marrakech, Morocco.  This is the first AREF conference, and the inaugural event aims to “to benchmark and maintain the outcomes of the Conference of Parties (COP) for AllAfrica.”.

This event focuses on project opportunities for mini and off-grid technology providers. Various African energy regulation authorities will speak, as will rural electrification authorities. The event will take place in Dar es Salaam Tanzania, and for entertainment will feature local Tanzanian musicians and artists.

The Regional Energy Co-operation Summit will take place in Ghana and home in on investor insights on the potential for regional collaboration within West Africa’s power sector. The summit is supported by the Ministry of Power of the Republic of Ghana, GRIDCo, Electricity Company of Ghana (ECG), and the Public Utilities Regulatory Commission (PURC) as well as the West African Power Pool (WAPP) and ECOWAS Regional Electricity Regulatory Authority (ERERA).

This event takes place outside Africa, but is notable nonetheless. The Powering Africa Summit has been taking place over the past three years in Washington D.C. The summit aims to engage industry leaders from the US and African public and private sectors to explore how the bankability of power projects can be boosted.

The 19th AEF will be hosted in Copenhagen, Denmark. It aims to capitalise on the wealth of Scandinavian companies investing into Africa’s power sector. According to AEF, the conference brings 75 percent of Africa’s energy ministries, utilities and regulators to Europe to meet and do business with power investors from around the world.