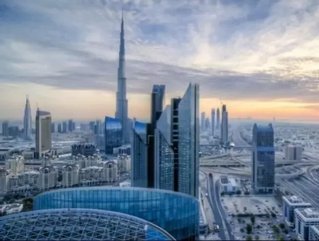 Dubai is no stranger to progressive and innovative architecture, and a recently announced project will be no different. UAE Vice President and Prime Minister Sheikh Mohammed Bin Rashid Al Maktoum recently revealed plans for a brand new institution: the Museum of the Future. The $136 million project will stand beside Dubai’s Emirates Towers as an architectural innovation in and of itself, built largely through 3D-printed methods.

According to reports, Sheikh Mohammed bin Rashid took to his Twitter account to discuss the museum as "a destination for the best and brightest inventors and entrepreneurs," an environment that Dubai hopes will "[empower] creative minds to test, fund and market ideas for futuristic prototypes and services."

Architect Shaun Killa of Killa Design has been announced as the principle designer for the project, which will take the form of an asymmetrical torus, clad in curved steel inscribed with poetry written by Sheikh Mohammed bin Rashid.

Speaking at the launch ceremony, Sheikh Mohammed bin Rashid said: “Our president has declared 2015 to be the year of innovation in the UAE. Today we show how serious and committed we are to that mission by turning the UAE into a major international destination for innovators.

“The museum’s motto, ‘See the future, create the future’, reflects a new approach to government innovation. Rather than just displaying exhibits or publishing reports, the new institution will use design, technology, prototyping and foresight to create real examples of change.

“The museum is the first of its kind, and represents a leading example of entrepreneurial governments embracing change and creating futuristic visions for a better world.”

The Museum of the Future is slated for completion in 2017. Check out a video highlighting the project here: