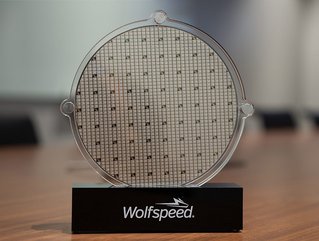 The company was rebranded from Cree in October 2021 following a four-year transformation that saw the divestiture of two-thirds of the business and a repositioning of the company’s overall core strategy.

Wolfspeed has been the brand for the company’s Silicon Carbide materials and semiconductor devices business unit for the past six years, while the company itself has a 30-year heritage.

These Silicon Carbide chips are especially important for the growing global electric vehicle market as the technology it provides extra range for vehicles. No surprise then to see Eric Bach, Senior Vice President of Product and Chief Engineer at Lucid Motors, at the ribbon-cutting ceremony. Lucid has signed a multi-year agreement with Wolfspeed to supply Silicon Carbide devices, with the Lucid Air Grand Touring having an oficial range of 516 miles – compared to the current industry-leading Tesla Model 3 Long Range model which maxes out at 358 miles. That gives the Lucid 44% more range.

“We are honored to be joined by these government, community, and industry leaders to celebrate Wolfspeed’s Mohawk Valley Fab, New York State’s economic competitiveness and American chip manufacturing,” said Gregg Lowe, president and CEO of Wolfspeed.

“I am incredibly proud of the team, and all of our partners, who brought this monumental fab to life in such a short time. This fab will not only supply customers in 2022 but also support long-term American competitiveness.” 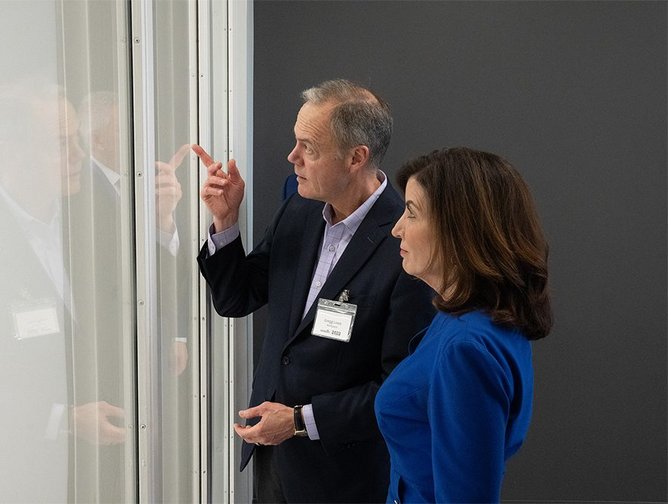 “As a market leader and technology innovator, we share Wolfspeed’s values and mission to provide industry-leading solutions for energy-efficient consumption and a sustainable future,” said Eric Bach, Senior Vice President of Product and Chief Engineer at Lucid.

“Today, we are very proud to announce we will be partnering with Wolfspeed to source the highest quality Silicon Carbide components here in the State of New York, providing even more American jobs for the EV industry.”