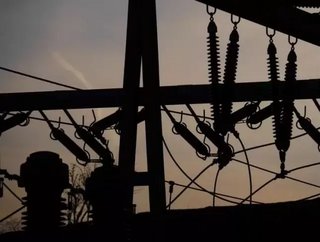 Zimbabwe’s power supply is facing massive challenges due to a significant energy shortfall caused by a drop in output across several major facilities.

Supply has plunged has plunged due to 958 megawatts (MW) at a time where daily demand for power regularly reaches 2,000 MW, shows that the country is facing much deeper problems than most people realise.

RELATED: African farmers need to be ready for climate change

Due to an unexpected fall in water levels at the Kariba Dam, Zimbabwe and Zambia are now each generating around 474 MW instead of the 750 MW generated with more optimal water levels.

Hwange Thermal Power Station, the country’s other main plant, has also been faced with a shortfall of its own. While the facility was designed to produce 940 MW, generation has fallen to 414MW as a result of the continued use of ageing machines and ongoing maintenance work.

Zimbabweans are now living in darkness, as most suburbs are going for almost 20 hours without electricity, forcing residents to resort to alternative energy sources such as solar, LP gas and generators.

The President of the Confederation of Zimbabwe Industries (CZI) Busisa Moyo warned that the resultant load-shedding could very well lead to depressed production and job losses.

CZI has estimated that capacity utilisation in the manufacturing sector will decrease by the close of the year, from 39 percent to about 29 percent, due in no small part to patchy access to electricity.

Zimbabwe is still reliant on energy infrastructure developed in the 1980s, despite the country's population having almost doubled from 7.2 million in 1980 to more than 14 million.

Batoka Gorge power project needs a further investment of over $3 billion to construct a dam and hydro plant; this is projected to generate at least 2,400 MW for the country’s grid, but the government currently lacks the funding to deliver this.

Zimbabwe is suffering from the same problem as South Africa, except in this case the country lacks South Africa’s economic clout and will thus be much more hard pressed when it comes to providing a long term solution to the issue.

Whether the fall in water levels at the Kariba Dam came about as a consequence of climate change remains to be seen, but problems like this should be expected if the world continues its reliance on carbon.

The poorest and least well-equipped countries in the world will be hit hardest by the onset of global warming; this is why it is essential, at the very least, that they are prepared for this.