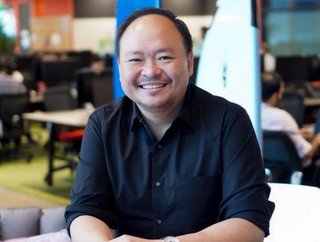 There are many reasons why DBS Bank has been recognised as the ‘World’s Best Bank’ for the last five years. But among them, the Singapore-headquartered bank has demonstrated the ability to not just survive a crisis but use it as a chance to innovate.

“We decided early on to use the crisis as a platform to further reposition ourselves fundamentally as a bank of the future,” CEO Piyush Gupta says of the innovations that the Bank has rolled out during the last few years.

These have included acquiring stakes in banks in India and China to cement the bank’s position in Asia; launching landmark digital initiatives, including a blockchain-based ecosystem for fundraising and a global marketplace for carbon credits; and embarking on a journey to reimagine its workplace culture.

Changing workplace culture is no mean feat when you are Southeast Asia’s biggest bank by assets, and among the largest in Asia, with more than 250 branches across 18 markets on the continent, and a 17,000-strong workforce.

Since January 2021, DBS has adopted a permanent hybrid workforce model, with all employees given the flexibility to work remotely up to 40% of the time. The bank further found that with employee life cycles being increasingly dynamic, work arrangements needed to become more flexible to support different needs, and subsequently became among the first Singapore companies to roll out a formal job-sharing scheme. This enables two employees to share the responsibilities of one full-time role, while retaining all existing medical benefits in full and covered under the bank’s insurance plans.

“DBS recognised early in the pandemic that the way we live, and work was changing dramatically for the long-term,” Erwin Chong, Group Head of Corporate Real Estate at DBS, tells Business Chief. As a result, “we implemented a series of transformation initiatives to enable our employees to realise new ways of working and to support their needs and aspirations, while balancing the needs of our customers.”

These initiatives were the result of extensive research including deep-dive experiments with more than 70 focus group discussions and the deployment of human analytics conducted by a cross-functional regional Future of Work Taskforce convened in mid-2020. This was supplemented, says Chong, by regular, ongoing employee surveys providing “timely pulse checks on how employees are managing their work, family, and personal commitments in the new normal”.

This reimagination of workspace remains aligned to the bank’s organisational culture, which centres around collaboration, and co-creation.

“We fundamentally believe that people crave social connections, and will want to come together to collaborate, co-create and celebrate. We believe that there will still be parts of the work regime that require people to come together physically to accomplish, so the design of workspaces will change accordingly in the next normal.” 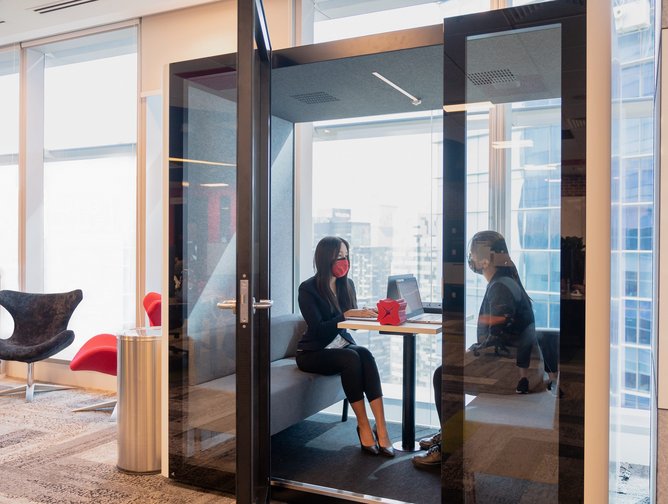 This evolution of the bank’s workspace is nothing new, but a continuation of the workspace reimagination journey the bank started back in 2016 with the launch of its redesigned workspaces – ‘Joyspaces’. Chong says every Joyspace is “thoughtfully designed with the user in mind” and comprises different zones, such as quiet rooms, areas for open collaboration and social areas, to cater to different moments of the day. “Joyspaces break away from traditional expectations of what an office should look like and offer employees flexibility and choice.”

In light of the pandemic, DBS is now continuing on this journey to “further reconfigure our workspaces to enable even greater collaboration and facilitate more agile, horizontal ways of working in DBS.”

To gain an even more nuanced understanding of how workspaces impact the employee experience in the hybrid working world, in 2021, the bank ran a series of workshops and game simulations with employees across its six core markets – Singapore, Hong Kong, China, India, Indonesia, and Taiwan. One insight was that while employees value social engagement and informal connections when they work in the office, they fear being perceived as being unproductive at work.

To address this, DBS incorporated open collaboration spaces to facilitate more informal discussions and cross-team ideation when employees are in the office. “We are also in the midst of piloting social and wellness activities to create social destinations integrated within the workplace for employees to seamlessly and intentionally connect without fear of judgment,” adds Chong.

Transformation of the workplace is ongoing

For DBS, this transformation of the workspace is ongoing, as employees continue to return and trial spaces, and the bank deploys analytics to understand how usage of these spaces will evolve over time, so “we can re-engineer our workspaces accordingly”, says Chong. “We continue to experiment with spaces and have launched various ‘Living Labs’ to test spaces that blend the best of physical and virtual tools, as well as spaces that amplify face-to-face collaboration for employees working in the office.

“We are doing this as we know our office cannot be a replica of other workspaces, and has to be centred around the DBS culture and needs of our own employees.”

What is ultimately key, explains Chong, is to offer employees flexibility and choice, and to empower them to “choose where to work from to suit the task at hand, at any point of the day”.

This feature appears in a workplace special in the September issue of Business Chief magazine.

Read 'How hybrid work is revolutionising the physical office'.