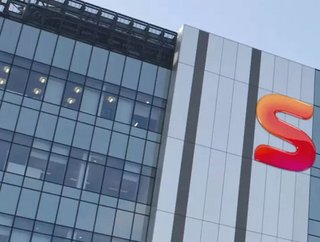 Andrea Duilio will start at Sky Italia on September 6th, 2021, replacing Maximo Ibarra as company CEO. In his new role, he’ll report to Sky’s CEO for the UK and Europe, Stephen van Rooyen, and champion digital growth. As one of Europe’s largest TV corporations, Sky is seeking to make its operations more agile. ‘Duilio’s experience will give an important push to Sky Italia’s innovation’, said van Rooyen. ‘He’ll help us complete the transition towards a leaner and more integrated business model’.

Twenty years working at Vodafone. Since December of 2020, Duilio has led Vodafone’s Consumer Business Unit and directed its digitalisation. With a degree in Econ from the Bocconi University in Milan, he held roles of increasing weight within Vodafone’s strategy, consumer business, and customer value divisions—which will equip him well for his next challenge.

And it will be a challenge. Sky Italia is supposed to cut 2,500 to 3,000 employees out of 11,000 by 2024, which will help save 300 million euros. But in order to do so, according to Policy Maker Mag, Duilio must centralise and simplify Sky’s operations. Overall, he’ll inherit a difficult situation: that of a company trying to accelerate its technology capabilities—and future—while simultaneously laying off a significant part of its workforce.

Where Is Sky Media Headed?

Going forward, the group will concentrate on its digital technology and programmes, such as its Sky Original TV series and its Sky Q and Now platforms. As part of its commitment to double its original content by 2024, it recently announced its largest-ever lineup of exclusive TV shows and films, featuring British and American stars such as Judi Dench, Hugh Bonneville, Janelle Monae, and Laverne Cox. ‘We’ve got an epic variety of entertainment’, Sky stated. ‘That’s 50% more original TV and film than last year’.

As for Duilio’s digital focus, the group has launched Sky Q, a platform that consolidates apps such as Netflix, YouTube, and Spotify. It’s advanced into voice technology: to find the programme you want to watch, you can simply talk to the TV—and customisation: Sky Q will suggest programmes to watch based on what you’ve recently loved. And to top it off, viewers will be able to purchase Sky Wifi and Sky TV for a combined €39.90 per month.

Only one question remains. Will a new CEO be enough to save the network?