Top 10 fastest-growing companies in Europe in 2022 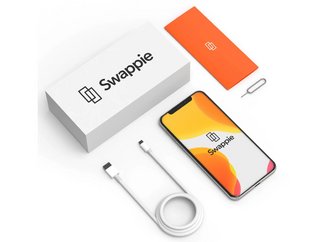 Italy has the most fast-growing firms in Europe, followed by Germany and the UK, with Finland-based Swappie named the fastest-growing, reports the FT1000

An iPhone reseller takes the top spot in the recently released sixth annual FT 1000 ranking. Compiled by the Financial Times and Statista, the FT 1000 offers a snapshot of Europe’s most promising growth businesses listing those companies that have achieved the highest percentage growth in revenues between 2017 and 2020.

While none of the companies in this year’s FT 1000 top 10 were in the 2021 or 2020 rankings, similar to the 2021 listing, technology leads the most recent FT 1000 with 20% of listed companies tech-focused, followed by construction and then retail with retail occupying a bigger share this year at 8.6%, up from 6% last year.

Here, we highlight the FT 1000’s top 10 fastest-growing companies and show how they have grown over the last few years. 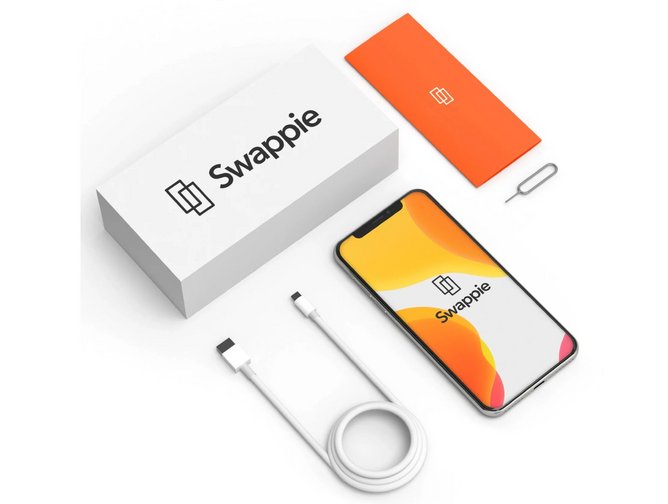 Taking top spot for the first time, and knocking the UK’s Bulb Energy off, Finland-based sustainable firm Swappie – a buyer and seller of refurbished iPhones – grew 477.5% between 2017 and 2020. The firm refurbishes and resells used iPhones, taking care of the entire process, and selling the refurbished devices via its own marketplace, with a 12-month warranty. According to Helsinki-based Swappie, if people keep their mobiles for longer, it saves around 2 million tonnes of emissions. Founded in 2016 by Sami Marttinen (CEO) and Emma Lehikoinen (COO), Swappie is “championing the role of sustainability, and making buying a refurbished smartphone as common as buying a used car”, says CEO Sami Marttinen. The Finnish startup has grown quickly achieving 2020 sales of €98m, and more than doubling this in 2021, and has expanded into 15 countries across Europe and grown employees from four in 2018 to 1,200. Swappie has raised a total funding of over US$171m, last month raising US$§23m in Series C funding. While the firm is focused on iPhones, there are plans to add other models, to make refurbished electronics mainstream.

This is not the first time that Lithuanian digital healthcare company Kilo Health has been recognised for its rapid growth, having been listed in the Deloitte Technology Fast 50 rating for 2022 for being the second fastest-growing tech company in Central Europe. Kilo Health was founded in 2013 by Tadas Burgaila (CEO) with the aim of designing the most engaging and effective digital lifestyle interventions that lead to a healthier life by preventing, managing, or treating various health conditions. Less than a decade on and the Kilo is a leading global digital and wellness company, with more than 4 million paying users worldwide, mainly US-based, some 600 employees, offices across five European cities, and 15 innovative digital health products.

Credited with being the UK’s fastest-growing company, and Europe’s third, supply chain specialist OCI Group reached revenues of €568.3m in 2020 and attributes its rapid growth to its ability to adapt quickly and resourcefully to the turbulent times of the last few years – from Brexit to the pandemic to the Russian invasion of Ukraine. The company, founded in 2013 and led by Group CEO Oliver Chapman, harnesses technology and commercial process solutions to automate procurement and sales processes and free working capital from supply chains – a unique approach that eases financial constraints, making businesses more agile and accelerating their growth. The firm opened its second global office, the first in Asia, in Malaysia, a year ago giving OCI a direct and local presence to better meet the Asian market’s high demand for sourcing, logistics and flexible financing.

Best known for selling user-created pornography to subscribers, UK-based digital membership platform OnlyFans has grown exponentially since its founding five years ago, thanks in large part to the pandemic. The platform, which requests a small free for subscribers to watch and interact with their favourite stars, was founded by British investor and tech entrepreneur Tim Stokely (CEO) in 2016. By 2020, the platform had 85 million users and more than a million creators and by March 2021, its user based topped 120 million and creators collectively earned US$3bn in revenue. The platform now has more than 1.5 million content creators and 170 million users, as of March 2022. Though the platform mainly focuses on adult content, something that has limited external investment, the platform has expanded to multiple genres including fitness, music, gaming and fashion.

Berlin-based solar startup Enpal (a portmanteau of ‘energy’ and ‘pal’) is the fastest-growing company in Germany and the fifth in Europe, as it taps into consumer demand for more sustainable and homeowner practices. This comes as energy prices surge and homeowners look for more affordable and green solutions. The startup, which leverages AI for provisioning and installing services, and then a subscription-style model for homeowners to pay for it, was founded in 2017 by Viktor Wingert and Jochen Ziervogel, and has grown rapidly since, growing to 14,000 customers and hitting unicorn status in September 2021 following a Series C round of funding that valued Enpal at US$1.1BN. Since its launch, the SoftBank-backed startup has raised total investment of €780m, with plans to expand beyond Germany and into new markets and to even expand into e-mobility and community-based energy distribution.

German waste disposal firm MR Consulting has quickly established itself both national and internationally as a reliable partner in the field of sewage sludge recycling, having grown rapidly since its founding in 2017, growing at a CAGR rate of 344% with revenue growing from €151,000 in 2017 to €13.2m in 2020. The firm, which has grown its employees from 1 in 2017 to 800 in 2020, offers various services in waste disposal including co-incineration of municipal sewage sludge in power plants and cement works, sustainable recycling of sewage sludge, storage capacities for the disposal of sewage sludge, mobile drainage and clearance of earthworks. 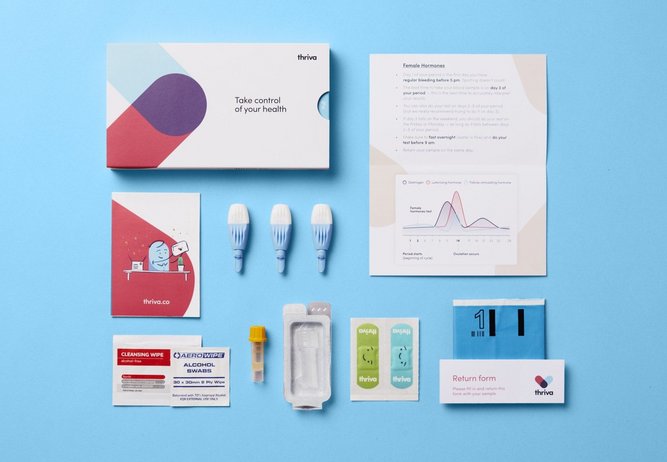 Consumer health diagnostic firm Thriva is the UK’s second-fastest-growing startup, as it continues to grow 100% year-on-year, growing 322% between 2017 and 2020 with revenue increasing from €252,000 in 2017 to €18.7m in 2020. Founded in 2015 by Hamish Grierson, Eliot Brooks and Tom Livesey, the London-based startup is fast becoming the go-to brand in the ‘proactive health’ category where consumers take control of their own health. With Thriva, customers can understand, keep track of and improve what’s happening inside their bodies, with at-home testing kits processed by UKAS accredited laboratories able to analyse everything from indicators of diabetes to hormone function. the startup also offers personalised health plans and supplements, which it delivers via partnerships with hospitals and other healthcare providers. The startup, which has raised €12m in total funding, the last funding round in May 2020 raising €4.4m, saw its revenue further increase in 2021 following a US$172.9m contract with the UK Government to enable Covid-19 antibody testing at home. Thriva now has more than 100,000 customers.

Robotics startup Exotec is France’s fastest-growing company of 2022, becoming the country’s fourth unicorn in January this year when it raised US$335m and achieved a valuation of US$2bn. Co-founded in 2015 by Romain Moulin (CEO) and Renaud Heitz (CTO) in 2015, who met while working on robotics for GE Healthcare in Paris and were inspired by Amazon’s acquisition of robotics startup Kiva Systems, Exotec designs and manufactures autonomous Skypod robots for retailers to use in their warehouses to automate tasks like retrieving goods from shelves and sorting them into the correct bins for shipping ­ with the unique robots able to move vertically and also scale shelves as high as 36 feet and fetch more than five times as many items as a human. The startup has seen its annual revenues grow from €20m in 2019 to €105m in 2021, and with offices now in Atlanta, Munich and Tokyo, expects to double revenues in 2022 and add 500 more employees to its current headcount of 350 by 2025. Customers include Uniqlo in Japan and Gap in the US.

Credited with being Italy’s fastest-growing company, Winelivery was born in Milan in 2016, as the first Italian on-demand delivery service of alcohol, ice and soft drinks at home, with guarantees of under 30 minutes and at the right temperature. Founded by three young entrepreneurs, Francesco Magro, Andrea Antinori and Giovanni Roberto, Winelivery has grown exponentially over the last few years, thanks in large part to the pandemic, growing its revenue 304% from 2017 to 2020 and recording a turnover of almost €7.5m in 2020, six times that of 2019. In six years, the ecommerce startups has expanded from 3 to 40 employees, raised more than €7m in investment, and now covers 70 cities. This year, the startup is looking to consolidate growth, expand footprint into the Italian provinces.

Founded in 2015 in Stockholm by Alexis Priftis (CEO), Staffan Gabrielsson (CTO) and Johan Lundin (CSO), Instabox has grown quickly over the past couple of years with its next-gen tech transforming last-mile deliveries for ecommerce. The startup operates one of the widest locker networks in the Nordics and with partners such as H&M AND IKEA, delivers ecommerce goods to millions of consumers, via lockers and also straight to the front door via emission-free bike deliveries. Last year, the startup secured €36m in investment following which it launched Instabikes, a new fossil-free home delivery service using bike couriers. The startup has seen its revenues increase from €392,000 in 2017 to €24.5m in 2020, and in 2021, revenues exceeded €672m almost tripling that of 2020. Instabox recently acquired Red je Pakketje in the Netherlands and Norwegian shipping service Porterbuddy, as the startup looks to expand its footprint.