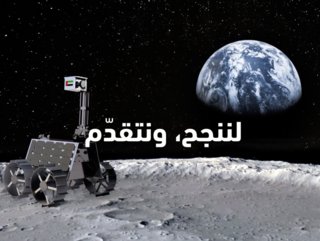 When the Emirati-built Rashid Rover launches on December 11 (today), it will become the Arab world’s first mission to the Moon

When the Emirati-built Rashid Rover blasts into space today at 11:38am UAE time (December 11), it will become the Arab world’s first mission to the Moon.

Originally scheduled for launch on 22 November from Cape Canaveral, Florida, the UAE Lunar Mission has been twice postponed due to technical issues with the SpaceX Falcon 9 rocket.

If the highly anticipated mission is successful, the UAE will become the first Arab country and the fourth country worldwide (along with Japan) to land on the Moon, following successful attempts by the space agencies of the US, Russia, and China.

If successful, it will also mark the first commercial mission to land on the Moon, given it is a joint private venture between the UAE, NASA, SpaceX, and Japanese lunar exploration company ispace.

A SpaceX Falcon 9 rocket is set to carry the launch vehicle – the ispace Hakuto-R mission 1 lander – with the UAE’s Rashid Rover inside it.

Built by Emirati engineers from the UAE’s Mohammed bin Rashid Space Center (MBRSC), and named after the former ruler of Dubai, the late Sheikh Rashid bin Saeed Al Maktoum, the Rashid Rover will take a low-energy circuitous route to the Moon rather than the usual direct approach and is expected to land in April 2023.

Designed to take photos of the lunar surface and examine its electrically charged environment, the 10kg robotic explorer features two high-resolution cameras – one microscopic and the other thermal imaging.

Rashid will spend one lunar day on regions of the Moon’s surface that are unexplored by humans collecting data on lunar soil and dust and sending this and images back to Earth.

The primary goal of the mission is to study the Moon’s plasma and to provide answers about Moon dust, the lunar surface, mobility on the Moon’s surface, and how different surfaces interact with lunar particles.

According to Dr. Hamad al-Marzooqi, Project Manager of the Emirates Lunar Mission and mission manager at the Mohammed bin Rashid Space Centre, the science and technology of this mission are going “to help us address major questions about the geologic and surface science of the Moon that we’ve been working on for years”.

The mission will lay the groundwork for “unleashing the Moon’s potential and transforming it into a robust and vibrant economic system”, Takeshi Hakamada, founder of ispace, said.

Missions to land on the Moon

Missions to land on the Moon have been many since Russia’s first lunar probe reached the Moon in 1959, and since the first American astronaut set foot on its surface in 1969.

So far, however, only the space agencies of the US, China, and the Soviet Union have successfully landed there.

This means if the UAE Lunar Mission is successful, the UAE and Japan will become one of just a handful of countries that have made a soft landing on the surface of the Moon.

The mission could also become the first commercial mission to land on the Moon. The first privately backed mission to attempt a lunar land, Israel’s Beresheet craft in 2019, crashed on the Moon.

However, due to the circuitous four-month route the UAE Lunar Mission is taking, other Moon missions could beat the UAE and Japan to the space race title.

At least two other landers supported by NASA’s Commercial Lunar Payload Services program are launching early next year and are taking a more direct route. Among them, US firm Intuitive Machines which is set to launch the Nova-C mission in March 2023 and will take just six days to reach the Moon.

This renewed interest in reaching the Moon has come about thanks to a recent discovery of water there – with mining for lunar water estimated to be a US$206bn industry over the next 30 years, according to mining consulting firm Watts, Griffis, and McOuat. It’s a similar story for metals found on the moon – iron, titanium, aluminum, silicon, calcium, and magnesium, among others.

The building and testing of the Rashid Rover

Built by Emirati engineers from the UAE’s Mohammed bin Rashid Space Center (MBRSC), the Rashid Rover has been through various test phases since its completion at the start of 2022.

It underwent a set of full functional tests of the flight models in the laboratories of MBRSC which included assessments of all the functionality of the hardware and software within all the possible on-surface scenarios and a heavy vibration test of the model at the EDGE’s Electro-Optics Center of Excellence (EOCE) laboratories in Abu Dhabi.

The second phase of testing involved the Rashid Rover completing a series of environmental tests in Toulouse, France. These included the final thermal and vacuum tests within the Airbus facility – where the Rover was heated and cooled to stimulate the pressures and temperatures of its journey through space; and rigorous vibration and shock checks of the flight model at the CNES Labs.

The final phase of tests took place in Germany, including checks on the interfaces with the space lander which will deliver the rover to the Moon’s surface and instrument alignment checks.

You can watch the launch of the Emirates Lunar Mission here.