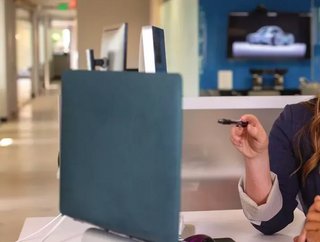 Women are the majority seat-holders in non-executive director positions on boards across the UK’s largest listed companies, according to data from the just-released UK Spencer Stuart Board Index, a review of governance practice in the FTSE 150, now in its 26th edition.

Women currently account for 51% of all non-executive directors, up from 18% a decade ago. For the first time since tracking began, women outnumber men in occupying non-executive posts, 442 women compared to 422 men, with women making up more than a third (36%) of all board roles, up from 34% in 2020.

While this gender balance flip of independent directors in boardrooms is good news, it remains that men continue to dominate the majority of executive director positions (86%).

Men hold all four positions of chair, senior independent director, CEO and CFO in 64 of the top 150 UK businesses, according to the study.

There has been progress of women to executive director roles, but the progress remains slow. There are now 14 female chairs, an increase of six from 2020, among which is Baroness Shriti Vadera at Prudential; 22 female CFOs; and 12 female chief executives, up from five more than a decade ago – among which are Liv Garfield, chief executive of Severn Trent, and Milena Mondini de Focatilis, CEO of Admiral Group. However, the number of female senior independent directors has fallen to 26% in 2021 from 34% in 2020.

This means that only a quarter of companies have met the Hampton-Alexander Review’s target of 33% women on executive committees, which continue to remain predominantly male.

Tessa Bamford, who leads Spencer Stuart’s board and chief executive practice, said that “progress is limited to non-executive directors – the number of female executives in the boardroom and on executive committees remains very low”.

She added that firms must continue to focus their efforts on developing the pipeline of female talent within the executive ranks and to have more women with management experience.

This follows, and backs up a report in October 2021, The Female FTSE Board Report from the Cranfield School of Management and sponsored by EY, which found only eight of the CEOs in the top 100 UK companies, just 6%, were women, and just 27 of the 100 companies had women in C-suite positions. We highlight those women here.

Progress made in diversity on boards too

It’s not the only good news to come out of the report, however, with other areas of diversity among FTSE boards also increasing.

The number of appointments of directors from minority ethnic backgrounds gained ground in the last year, increasing by more than 40%. This means that three out of every five FTSE 150 firms (61%) have at least one minority ethnic director on their board.

However, while this is a dramatic increase, it fails to reach board representation recommendations. The Parker Review recommended in 2017 that FTSE 100 companies should commit to ‘One by 21’ and have at least one minority ethnic director on their boards by December 2021. The latest figures reveal that 39% of firms have failed to do that.

And the research also found that most directors with ethnic minority backgrounds do not hold leadership positions on the board, with only one board chair among the survey constituents identifying as being minority ethnic.

According to Shriti Vadera, chair of Prudential, “diversity of thought and experience is paramount for the successful functioning of a board”.