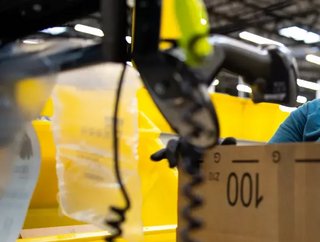 Sustainability magazine looks at Amazon’s waste management practices. How can it redeem itself after concerns regarding UK fulfilment centres?

Amazon was caught out in an expose by the British media outlet ITV News after footage was released, which leaves questions about the company’s sustainability practices in the UK. ITV recorded footage at the Amazon fulfilment centre in Dunfermline, Scotland, showing a disturbing amount of products that are sent off-site to be disposed of.

Amazon has invested billions of pounds into its UK operations with a total of 24 fulfilment centres across the country. The footage was displayed to the public on Monday the 22nd of June, which shows the company’s operations in the Dunfermline warehouse, revealing how Amazon is disposing of all types of consumer goods, including books, electronic devices ─ Macbooks, smart TVs ─ and even sealed faced masks. Watching the footage, viewers can see large boxes of goods being put to one side in preparation for disposal.

Where Does The Waste Come From?

An ex-employee spoke to news reporters about the operations at the Dunfermline fulfilment centre, claiming that "from a Friday to a Friday, our target was to generally destroy 130,000 items a week.” The anonymous source also said, "I used to gasp. There's no rhyme or reason to what gets destroyed: Dyson fans, Hoovers, the occasional MacBook and iPad; the other day, 20,000 Covid [face] masks still in their wrappers [...] overall, 50[%] of all items are unopened and still in their shrink wrap. The other half are returned and in good condition. Staff have just become numb to what they are being asked to do.”

The wasted products are those that do not sell, which the owners cannot dispose of themselves, due to the cost implications of doing so. Other contributing factors are the products that are either not claimed by the consumer or have been returned to the fulfilment warehouse.

Companies that send their products to Amazon will pay for the warehousing and distribution to be carried out by the fulfilment centre. However, part of Amazon’s business model means they can legally increase fulfilment fees if products are not removed from the warehouse within a certain period of time. As the charge increases, the warehousing becomes less economical for the client, and thus, it is cheaper to have the products destroyed.

Where Did This Information Come From?

In April, a document was leaked from within the Dunfermline warehouse, which presented information about Amazon’s waste operations. The document shows a figure in excess of 124,000 products, which had been marked as ‘Destroy’; a figure that represents just seven days. In comparison, there were only 28,000 items that were marked ‘Donate’. The manager who leaked the document also explained this figure is not the highest, as some weeks can reach as high as 200,000 items that are set aside to be destroyed.

British Prime Minister Boris Johnson seemed astounded by these figures. After the recent news - and ahead of the UK Climate Change Conference - Mr Johnson reassures the UK public. "Obviously, we don't like stuff going to landfill under any circumstances. That's why we have the landfill tax and landfill credit scheme, and everything else," Johnson says. "We want to see more reuse, we want to see more recycling, but above all, we want to stop people using things that are going to be, ultimately, polluting our seas, our world, and that means cutting down our use of plastics - you name it."

What Happens Now For Amazon?

As can be expected, the company will be under the authority’s radar regarding this issue. Nevertheless, despite adversity, the leaders at Amazon have already begun to reassure the public that the company already takes this issue seriously, and it is already working towards eliminating waste. “We are working towards a goal of zero product disposal, and our priority is to resell, donate to charitable organisations or recycle any unsold products. No items are sent to landfill in the UK. As a last resort, we will send items to energy recovery, but we're working hard to drive the number of times this happens down to zero,” says John Boumphrey, Amazon’s UK leader.

The UK Business Secretary Kwasi Kwarteng also spoke about the issue, claiming that he was ‘very surprised’ by the findings. "I know that Amazon is committed to net zero, they’ve committed huge amounts of investment to the rainforest, to keeping the rainforest going, and I’m surprised," says Kwarteng. "I haven’t read the report, so I need to look at the report to see what my response is. But I think Amazon should do the right thing, and it would be very disappointing if this is true."

Despite the issues surrounding product wastage, leaders seem sure about the future of Amazon’s UK business practices. And many would agree that Amazon is committed to sustainability. As the company develops its sustainability initiatives, with the ambition of reaching net-zero by 2040, through the use of the Amazon Wind Farm in Texas, electric vehicle (EV) development for its logistics enterprise, the Amazon Earth Fund ─ a climate and clean equity fund holding tens of billions of dollars ─ and its social efforts to provide across to the heightened Covid-19 issues occurring in India over the past few months, bosses will have to consider whether it’ll be enough to offset the waste management issue?

For a large corporation like Amazon, this issue raises important questions about how effective waste management can be achieved and displays how organisations have a lot of work to do for a sustainable future. With Amazon in the spotlight and sustainability high on the UK government’s agenda - leading up to the Climate Change Conference, we can expect to see developments in this space.