Flying the flag for take off of sustainable aviation fuel 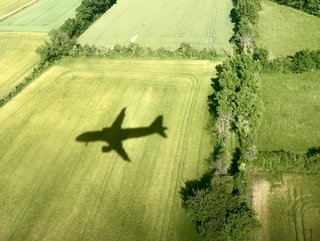 As sure as night follows day, every COP climate change event is accompanied by a lambasting of the aviation industry. Global leaders congregate, and inevitably that means arriving by aircraft for the vast majority – as it does for attendees.

COP27, held just two months ago in Egypt, was no exception, with claims by the Egyptian aviation authorities that 400 private jets landed in the first few days of the conference.

But while we can all admit that the aviation industry has a problem when it comes to emissions – accounting for around 2 to 3% of global CO2 emissions, with air travel expected to double in the next 15 years – the fact is flight is not going away.

The International Civil Aviation Organization (ICAO) is a UN agency which helps 193 countries to cooperate together and share their skies. Speaking at COP27, ICAO Council President Salvatore Sciacchitano once again stated the ambition for the industry to reach net zero emissions by 2050. A significant part of that relies on more adoption of sustainable aviation fuel (SAF).

Sustainable Aviation Fuel is a solution available today that can help reduce CO2 emissions, so why aren’t more airlines and operators like Fly Victor using it? What are the barriers to adoption?

The biggest challenges, she says, are production capacity and the price of SAF. “We need to increase demand for SAF to attract the investments needed to ramp-up SAF production capacity. Businesses and individual travellers can play a key role as they can create demand by choosing to make their air travel more sustainable by voluntarily paying for using SAF.”

This is where there may well be an opportunity. Once companies like Neste are able to ramp production, as is planned, then consumers, and airlines, will have more choice. It may well be that environmentally conscious consumers are willing to pay an extra US$50 for an average flight in the knowledge that their emissions are being significantly reduced, or it could be a differentiator for commercial airlines to include a percentage of SAF as standard. After all, aviation is a competitive industry.

So what made Fly Victor decide to start offering SAF to its customers?

“Climate change has heavily informed the direction in which we have taken our business and brand since 2016 and the Paris Agreement, “ Fly Victor Co-CEO Toby Edwards tells Business Chief. “We cannot ignore that a private jet can emit up to 14 times more CO2 per person than flying commercially.

“Victor has been offering 200% carbon offsetting on all flights as standard since 2019. However, as SAF is now available to use as a direct in-sector emission reduction solution, providing our customers with a SAF solution was the next obvious move.”

Nikhil Sachdeva, Global Lead for Sustainable Aviation at Roland Berger believes the two main barriers to SAF adoption – which are also interrelated – are scale up and cost. And while he is positive about SAFs in principle, the sheer volumes required to make a significant difference are simply not possible right now, he says.

“SAF volumes remain extremely low (<0.5%) and need significant scale up, which will hopefully also allow costs to come down to affordable levels.

“Mandates in Europe help greatly by providing a clear, unassailable demand signal, targets and strong willingness to pay from corporate customers who have their own decarbonisation goals are boosting demand as well, and subsidies in the US (eg. under the new Inflation Reduction Act) will help to close the financial gap – so progress is being made.”

In a price-sensitive industry like aviation, cost is always going to be a stumbling block, and with SAF currently costing around 3 to 5 times as much as fossil jet fuel, the leap is significant. However, that fossil fuel price does not take into account the climate impact.

Although the sustainable fuel costs much more, Fly Victor does not take any margin on bookings including SAF. That said, it may be easier for a private jet charter company to absorb those costs compared to, say, a budget airline which is more price sensitive.

“It is really up to our customers to decide,” says Toby. “We would love to get to a point where each of our corporate and private members are purchasing 100% SAF on every flight that they charter. The slider at check-out starts at 5%. It goes up to 100%, and so far, those customers who have opted-in have chosen 30% on average as a replacement.”

How sustainable aviation fuel is made

There are currently seven approved ways of production for SAF (also called pathways) but the HEFA-pathway (Hydrotreated Esther and Fatty Acids) is currently the only commercially viable technology used and the one Neste uses for its SAF.

“Our current estimate is that with the current HEFA pathway, we could replace 10% of global fossil fuel needs, and enough feedstocks for that are available globally.”

In theory, this all sounds like good news for the environment, but it is also important to remember that we are talking here about reducing CO2 emissions, and that global air traffic is projected to double long before we reach the 2050 deadlines many are aiming for.

“SAFs can only ever be a net-zero solution – so if we're satisfied with net-zero as a global community in fighting climate change, we must be happy with SAFs,” says Nikhil.

He explains how SAFs are produced by removing carbon from the air in their production process, whether through natural processes for bio-based SAFs, or via man-made processes (ie. carbon capture) for Power-to-Liquid (known as PtL or eFuels).

However, he says there are two challenges we need to be aware of. Firstly, lifecycle emissions are a challenge. Unfortunately some emissions are produced in the SAF manufacturing process today. Today, SAFs decarbonise up to 50-80% per litre of fuel used – but this number should be increased. With bio-based SAFs, we will hopefully achieve 80-90% lifecycle emissions reduction, and PtL may allow 90-100% in the future.

Secondly, non-CO2 effects are important. “We must not forget that CO2 is not the only climate force, and SAF-powered aircraft will continue to produce NOX, particulates and contrails, albeit hopefully in lower quantities.”

With Neste expected to boost production significantly in 2023, the future for SAF looks bright. Current limitations mean only 50% SAF can be used for flights when mixed with fossil fuel, so is SAF the only solution we should be considering? Are there alternatives?

“Yes, especially if we one day decide as a global community that net-zero is not enough, or that non-CO2 effects are unacceptable,” adds Nikhil.

“For this, we should look to hydrogen – a hydrogen aircraft will not require any carbon atoms in its fuel tanks, so the primary issue of CO2 is automatically resolved, without having to recycle carbon from the air.

“Non-CO2 effects are harder and hydrogen aircraft are not guaranteed to resolve these – but certainly they offer a much more future-proof path forward. However, hydrogen aircraft remain far from being proven to work – though as an aerospace engineer, I would love to see them become a reality!”

Fly Victor has seen a strong uptake from members since introducing the SAF partnership with Neste in July. “Many corporate entities are now signed up to Science Based Targets and are committed to significantly reduce their Scope 3 emissions,” Fly Victor’s Co-CEO Toby Edwards tells Business Chief. “They therefore require credible and measurable reduction strategies. We have created an industry-leading blueprint that gives corporates a very easy way to reduce, monitor and measure their emissions.”

Toby points to private jet users as an obvious and easy target but insists the publicity isn’t unfair if people are travelling irresponsibly. “The fact is that flying commercially is not practical or feasible for some people and the desire and need for private jets is not going to go away. If anything, demand is increasing and has been since the pandemic, despite the media scrutiny,” he says.

“It is therefore important that we encourage our members to make better choices and purchase SAF when flying privately. We have already seen that if you offer people a better solution, they will start taking it. In order for aviation to achieve its ambitious net zero targets we need these SAF early adopters. Their critical investment today should be acknowledged and supported so others feel more obliged to do the same.”

Today, Neste produces 100,000 tons of SAF and production will increase to 1.5 million tons annually by the end of 2023. As Head of Partnerships & Programmes Susanne leads Neste's innovation to develop the partnerships, models and solutions required for combating climate change, and enabling organisations' Net Zero commitments.

Toby joined Fly Victor in July 2012. Since July 2020 when he became co-CEO, he has driven growth, led the business to profitability, and overseen the UK office, ESG, Business Development, PR and Partnerships. As of June 2022, Victor partnered with Neste to offer SAF on-demand to Victor members, for every flight worldwide.

Nikhil leads Roland Berger's work into how the aviation sector can transition to more climate-friendly technologies, as well as the commercial and technological implications for the aerospace sector.