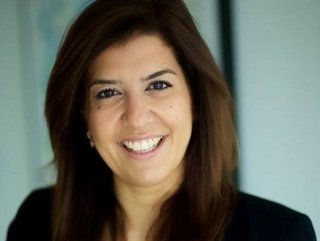 As the Middle East reports the lowest female workforce participation globally, we talk to PwC diversity leader Norma Taki of the need for corporate change

While in recent years, women in the Middle East and North Africa (MENA) region have made unprecedented gains as a vital part of the region’s workforce, MENA has yet to reap the full potential of women in the workforce.

According to PwC’s MENA Women in Work Survey 2022, female participation in the workforce across the region currently stands at between 20-40% for most countries, with the Gulf countries ranking highest and Egypt and Jordan lowest.

And while the report acknowledges significant gains were made in female participation in the workforce, from 1990-2019, thanks to more women being highly educated and an increasing number of entrepreneurs, the Middle East delivers the lowest female labour force participation globally.

Lagging the US and Europe by more than 13%, according to WEF data, it will take 155 years to close the gap in the MENA region, nearly double that of the US.

It’s a situation that isn’t just bad for women, and for society, but for the economy too.  Stimulating more women to enter or re-enter the workforce could provide a major economic boom to the MENA region, according to the PwC report.

The research finds that by bringing female employment rate on par with that of males, the region could witness a massive GDP hike of 57%, or as much as US$2 trillion.

“Tapping into the potential of the next generation of female workers and leaders can unlock a whole new wave of economic opportunities in the region,” says Norma Taki, Inclusion and diversity leader at PwC Middle East.

Business Chief talks to Norma to find out the main barriers for women progressing in the workplace in MENA and what workplace changes organisations need to make to facilitate growth of women in leadership roles.

Women are highly educated in the MENA region especially in STEM subjects, and yet they are under-represented in the workplace. Where is the disconnect?

Women are especially well represented in higher education in STEM disciplines. The number of female STEM graduates in MENA countries range between 34% and 56%; a much higher proportion than in the US (22%) or Europe (34%). However, their increasing access to higher education is not yet matched by a proportionate rise in workforce participation.

There remains significant room for improving the employment prospects and career opportunities for MENA women. Female representation at senior management levels across MENA remain low in comparison to other regions, and the “broken rung” is a common phenomenon across the region, where the rate of women progressing up the career ladder is slower than the equivalent for men. Many women exit the labour market after marriage or having children at junior or mid-senior levels due to numerous factors, including cultural traditions and a lack of structural support for women to juggle multiple commitments in organisations across the region.

What other barriers are there for women progressing in the workplace in the MENA region, and especially in STEM?

There is the perception that careers in STEM are demanding and incompatible with family life, which is a priority for many women; for example the need for travel and long hours, which takes time away from family.

As a traditionally male-dominated sector, the lack of aspirational female role models may discourage other young women from believing that a career path related to STEM subjects is a viable career. This perpetuates the cycle of low representation at senior levels and female participation in STEM careers.

As in other sectors, women also tend to exit the workforce during childbearing age as the primary responsibility for caring for family and children in the region still falls to women, and many women then find it difficult to return to work that is commensurate to their skills and previous experience – however, this is not a challenge unique to STEM careers.

Addressing these issues requires changes at the organisational and societal level. From embedding greater work flexibility and the ability to work remotely, redefining traditional gender roles, rebalancing the distribution of domestic work and changing attitudes towards career choices and breaks by women, the process to overcome these challenges is lengthy and requires a concerted regional and global effort.

Regionally, visible changes are being made across the region that is slowly changing this narrative, for example the UAE Space Agency is led by Sarah Al Amiri and 80% of the team on the Hope Mission to Mars is female.

Why is it so important to have more women in leadership roles in the region?

The evidence that greater diversity improves commercial performance is well-established. Firstly, alternative perspectives gathered from a diverse workforce improves problem-solving and drives scientific innovation. By having a workforce that better represents consumers, businesses are better able to respond to customer needs and demands. Without women, innovation will exclude the needs of half of the population.

Why is representation at senior levels important? Female leaders inspire the younger generation to aim for leadership positions. Our Women in Work 2022 report highlights that young female talent are motivated and encouraged by the availability of female role models at senior levels; however, only 72% of the women interviewed feel that there is adequate female representation at senior levels. From our focus group discussions, many women also spoke about wanting to emulate female role models and in turn inspire other women, including their daughters, to follow in their footsteps. Grooming women for leadership and creating a more diverse leadership pipeline is critical to creating more gender-balanced leadership teams, which in turn, encourage participation by young women.

What do women want from their workplaces?

Our research shows that women in the region value many of the same things that women globally value. Women value mentorship, supportive leadership, flexibility, equitable access to career development and progression, and a culture that fosters a level playing field and empowers female talent. Women in the region highly prioritise their familial obligations, and therefore particularly look for employers to offer flexibility and a healthy work-life balance.

However, young women feel that their experiences of employers are falling short of their expectations. They often feel that they are not treated the same as their male colleagues and given equal training, development and career opportunities, despite being sold “the dream” of being gender-inclusive by their employer.

As the future of the workplace changes, what can the corporate world do to better enable women to grow personally and professionally?

Organisations can ensure they embed equitable workplace policies and practices that help women overcome the barriers that they face. For example, running sponsorship and mentoring programmes that provide tailored support and equal access to opportunities that enable women to grow.

Many of our Women in Work MENA survey respondents feared that they would return to lower-paid roles after maternity leave, a phenomenon referred to as the “Motherhood Penalty”. The corporate world can also support women throughout their career lifecycle, including women who go on career breaks and want to later return to work. According to our research, 85% of respondents say “returnship” programmes are one of the top three factors that would encourage them to go back to work after a career break. By easing the transition back to work through networking opportunities and skills support, returnships can help women regain their confidence and professional self-belief.

Measures such as gender pay gap analysis can help to diagnose this and help guide targeted interventions to achieve pay parity. Increasing paternity leave policies would also support new mothers while changing attitudes towards the onus of parenthood falling on women.

Flexible working hours (and the ability to work remotely) and a good work-life balance to manage time and health are highly desirable characteristics in employers. Companies should address these needs, for example by training managers to spot signs of stress and burnout such as consistent late-night work, evidence of exhaustion and lack of motivation. Female employees should be offered support through counselling, rebalancing workloads or encouraging wellbeing practices.

Businesses should invest the necessary time and resources to establish a brand and corporate profile that champions diversity, to retain and attract female talent. This must also be backed by action throughout the organisation. KPIs and targets should be developed for all senior leaders and managers that measure their progress in supporting young women to advance their careers against clearly defined metrics at each stage of their career path. Leaders and managers need to be held accountable to ensure that everyone plays their role.

And what can organisations do to ensure women are encouraged to pursue leadership opportunities?

Businesses should not underestimate the power of male allyship, and the impact that men in positions of power can have in working together to improve career opportunities for women. A key component of allyship is to ensure that people in more privileged positions advocate, support and empower others.

Men can be allies by being mindful of issues that women face, such as microaggressions and bias, by being empathetic and understanding of women’s lived experiences and the barriers that they face. For example, men are more comfortable networking with other senior men, while women feel less comfortable doing so.

Organisations need to engage with female employees to identify problem areas and reform male-dominated workplaces. Measures such as unconscious bias training to raise awareness of silent assumptions that people may have about their female colleagues, especially in situations involving offering work opportunities and in performance reviews, can go a long way to creating a more inclusive workplace culture.

Small steps such as encouraging women to contribute during meetings, being conscious of their own biases and challenging other people’s biases can go a long way. Male allies can also play valuable roles in mentoring and sponsoring young women and being a vocal advocate for female participation and progression in the STEM sector.