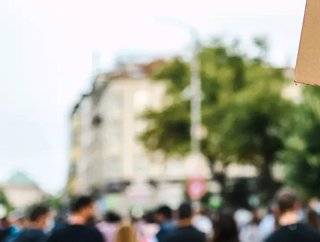 Serbian protesters are angry. The country’s activists are rallying support to oppose Rio Tinto’s proposed lithium mine as tensions rise over the environmental repercussions of the project. On Saturday, hundreds of people attended a march in an attempt to draw attention to the sustainability issues surrounding Rio Tinto’s plans, ultimately hoping to garner enough support that real action is taken to block the project’s go-ahead.

Currently, lithium mining is set to begin in the Balkan country. As an increasing number of countries worldwide target carbon neutrality and align their emissions to meet the standards set out in the Paris Climate Agreement, lithium is fast becoming the new metal currency of the world. Lithium is one of the main battery metals used in the production of electric cars, and with fears already growing over the mining industry’s incapacity to supply enough of the metal to meet demand, Rio Tinto’s Serbian lithium mine is due to boost both the company’s revenue and the amount of lithium available to manufacturers globally.

What are the sustainable repercussions of the lithium mine?

But at what cost? For an industry that is claiming to supply the means for a sustainable future, the very methods that are being used to target a healthier environment are, in the eyes of the Serbian protesters, coming at a cost to the environment it’s trying to protect.

“We were thirsty this summer, we breathe toxic air and land is being sold out,” claim organisers of the rally. “Forests are being cut and mines are expanding.”

Around 30 ecological groups organised the rally in downtown Belgrade, rousing support for the opposition of politicians and the mounting disillusionment over the threat pollutions will hold over the local region. Banners were paraded calling for Serbian rivers, nature, and air to be better shielded from the repercussions, avoiding the risk of endangering the environment and calling out government policies for neglect and prioritising financial gain.

“Our demand is that the government of Serbia annul all obligations to Rio Tinto,” organiser Aleksandar Jovanovic says. “We have gathered to say no to those who offer concentrated sulphuric acid instead of raspberries and honey”

Serbia is already fighting a number of environmental issues such as high air pollution as a result of low-quality coal. Toxic industrial waste has leaked into rivers and cities are suffering from inadequate wastewater systems.

Rio Tinto is also facing growing opposition in the form of a petition which has already succeeded in gaining over 100,000 signatures. But the company’s US$2.4bn investment into its Serbian lithium mine clearly shows that it’s not ready to let its plans simply fall through without a fight.