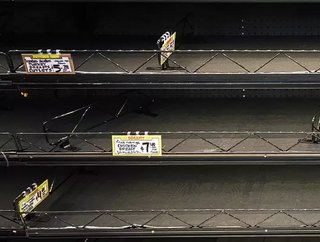 Many UK consumers will have gone to the supermarket countless times, only to find that the majority of fresh food shelves are empty. Are consumers buying up too much? Are they buying in bulk? Although there may be an element of over-purchasing involved, companies are still struggling to obtain fresh goods. A result of a UK-wide shortage.

What Has Caused the Food Shortage?

The food shortage is a result of Covid-19 - the culprit of the majority of supply chain disruptions over the past 18 months. The lack of personnel in the industry throughout the coronavirus pandemic has become a hindrance to food production processes. Especially in meat, poultry, and fresh fruit and veg production. The British Meat Processors’ Association (BMPA), a recognised body in the meat industry, said the shortage of skills was so critical to the reduced capacity. Some meat processing plants reported vacancies as high as 10% to 16% of permanent positions, excluding those affected by the pandemic.

‘On top of the underlying worker shortage, we’re also hearing from some members that between 5% and 10% of their workforce have been 'pinged' by the (health service) app and asked to self-isolate’, says Nick Allen, Chief Executive Officer of the BMPA. Allen has also explained the shortage of workers affected the more labour intensive production lines, which were the first to be halted as staff numbers fell.

Many personnel had also been called away from their posts as the NHS ‘track and trace’ app notified more people in the industry to self-isolate. This is having a significant impact on retailers as well. Iceland Foods said that over 1,000 of its employees - around 3% of its workforce - have been asked to self isolate, which has caused the company to reduce its trading hours and even close a few of its stores. However, the company does plan to come back from this, as it aims to recruit 2,000 additional members of staff to cover any absences as a result of self-isolation.

According to Andrew Opie, Director of Food Sustainability at the British Retail Consortium, the government needs to act quickly to support the food industry. ‘Retail workers and suppliers, who have played a vital role throughout this pandemic, should be allowed to work provided they are double vaccinated or can show a negative COVID test, to ensure there is no disruption to the public’s ability to get food and other goods’, Opie says.