Why MENA is home to world’s fastest growing crypto markets 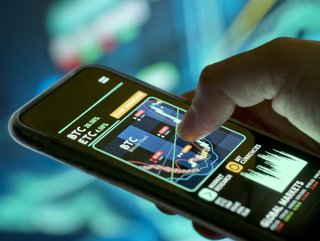 Crypto markets in the Middle East and Africa are fastest growing in the world, research finds, with Egypt and Saudi Kingdom seeing fastest adoption rates

The Middle East and Africa region is adopting cryptocurrency faster than any other region in the world, new research from blockchain researcher Chainalysis reveals.

The region, home to 22 countries, accounted for 9.2% of global digital currency transactions from July 2021 to June 2022, amounting to US%566bn, with the volume of crypto received in the region jumping 48% during that period.

This comes as emerging markets dominate crypto adoption, with Latin American following the MENA region in transaction volume growth last year, up around 40%. North America was third with 36% growth, with Central and Southern Asia close behind.

While the MENA region is one of the smaller crypto markets measured by Chainalysis in its 2022 Global Crypto Adoption Index, it is rising rapidly in adoption with Turkey, Egypt and Morocco the three regional countries that feature in the top 25.

While Turkey cements its position as the MENA region’s top crypto market and 12th largest worldwide, it was Egypt that saw the fastest growth in crypto adoption last year, with its transaction volume tripling, marking 221.7% annual growth.

Saudi Arabia also displayed strong growth with deal volumes growing by 195%, with the Kingdom proving “a major crypto counterparty, right up there with the UAE in terms of excitement around investment in cryptocurrency,” Kimberly Grauer, Director of Research at Chainalysis said.

Once a MENA leader in grassroots crypto adoption, Afghanistan saw a sharp drop to its onchain activity following the Taliban’s takeover of the country last August.

Why MENA region adoption is picking up pace

Overall, the report finds that users in the lower middle and upper-middle-income countries often rely on cryptocurrency to send remittances, preserve their savings in times of fiat currency volatility and fulfil other financial needs unique to their economics.

This is particularly true of Egypt, where remittance payments account for about 8% of Egypt’s GDP, and whose use of cryptocurrency for remittances is significant, says Grauer.

The country’s national bank has already begun a project to build a crypto-based remittance corridor between Egypt and the UAE, “where many Egyptian natives work,” she adds.

In Egypt, and in Turkey, high inflation and rapid fiat currency devaluations are likely pushing some investors to crypto as an alternative means of preserving their savings, the report finds.

“Egypt’s position at the intersection of growing crypto remittances and increased inflationary pressures help explain why it’s the fastest-growing crypto market in all of MENA this year.

However, in Morocco, the adoption levels are likely tied more to the government’s newly permissive digital asset stance on grassroots adoption than to inflation rates or any macroeconomic tailwinds, the report found.

While Morocco banned cryptocurrency trading in 2017, the digital asset’s popularity has grown, and earlier this year the country’s central bank committed to crypto regulations.

The main drivers of cryptocurrency adoption in the GCC are different from those in the rest of the MENA region, according to Akos Erzse, senior manager of public policy at Dubai-based cryptocurrency exchange BitOasis.

He points out that adoption in the GCC markets is driven by “young, tech-savvy early adopters with relatively high disposable incomes, who are searching for investment options and have a conviction in crypto right now.”

This is especially true of the UAE, which has a huge cryptocurrency market albeit a tiny population, where a recently passed law is making it easier and more attractive for people to work with digital currencies in Dubai and to protect investors using digital currencies.

Earlier this year, Dubai’s Virtual Assets Law (VAL) was approved, and Dubai’s specialist Virtual Assets Regulatory Authority (VARA) was established, making Dubai the first and only jurisdiction worldwide to have an independent regulator for virtual assets. This provides a regulatory framework that can securely enable borderless economic opportunity across the global virtual assets industry, ensuring Dubai is well-positioned to lead the global adoption and regulation of digital assets.

Already, significant players, including some of the world’s largest and most credible virtual assets exchanges have moved to Dubai – think Binance, FTX, crypto.com, Coinbase and Bybit.