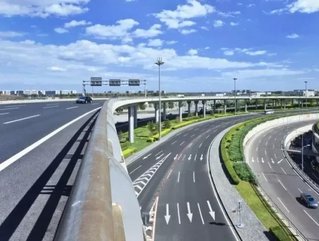 Global transportation infrastructure players will soon be exploring in detail an assortment of investment opportunities in the rapidly developing East and Central African region.

Industry leaders will gather in Dar es Salaam, Tanzania, at the East and Central Africa Roads & Rail Infrastructure Summit 2014 to be held on August 26-27.

Now on its fifth year, this annual event attracts various stakeholders in the East & Central African transport infrastructure sector, including country and regional regulatory authorities as well as private sector participants from around the African continent and beyond.

The two-day event will comprise updates, exchanging of ideas and views, sharing of latest technology and best practices, as well as invaluable opportunities for industry networking.

Aside from the $300-million World Bank-financed Tanzanian Railway, other regional project opportunities will be updated through detailed presentations.

These include: the latest Updates into East & Central Africa's Roads and Rail Development by Philip Wambugu, Director of Infrastructure at the East Africa Community (EAC); and Uganda Railway Infrastructure Projects, Planning and Policy: Latest Updates by Apollo Kashanku, Senior Transport Economist at the Ministry of Works and Transport, Uganda.

Additionally, Engr Solomon Ouna, Railway Project Manager at Kenya Railways will speak on the Latest Updates on the Major Cross Countries Rail Project between Mombasa at Kenya and Kigali at Rwanda; while Dr Mahabubul Bari, Transport Adviser at the Ministry of Infrastructure, Rwanda, will address the Impact of Inadequate Infrastructure in Rwanda with the Latest Roads/Rail Projects and Feasible Rural Transport Building Strategies

Eduoard Nyandwi, Principal Technical Adviser to the Cabinet of the Minister of Transport and Public Works, Bujumbura-Burundi, said: "I'm so happy to participate and make a presentation on investment opportunities in my country and particularly the Port of Bujumbura which is a lung opening up the country.”

Finance experts from the World Bank, the African Development Bank (AfDB), and the German Investment and Development Corporation DEG will also present on their current development assistance projects.

Hon Dr Harrison G Mwakyembe, Tanzania’s Minister of Transport, will deliver opening remarks at the Summit's fifth edition, which will also feature a showcase of some of the latest technologies from established industry providers such as US-based Amsted Rail and South Africa's Osborne Engineered Products.

The 2014 Summit is endorsed by Tanzania's Ministry of Transport (MoT) and the Tanzania-Zambia Railway Authority (TAZARA).