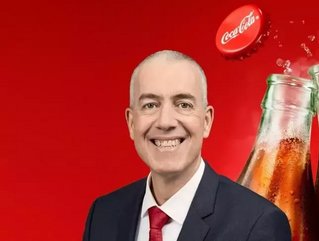 March’s issue of Business Chief’s Europe edition is LIVE and this month features one of the world’s biggest brands in our cover story.

Coca-Cola Hellenic Bottling Company is responsible for the packaging and distribution of some of the iconic drinks group’s most famous beverages, and we spoke with its Group CIO Alain Brouhard for an exclusive interview.

"We are connecting with the consumer 24/7, from morning to night," says Brouhard as talks us through the digitisation of a business which recently celebrated its 50th birthday.

Elsewhere in the magazine this month, we chat to Jo Bertram – formerly UK chief for Uber – about her new role at Swedish private equity group EQT Ventures while Colonial Life’s Michelle Boucher advises on how creativity can grow in the workplace.

Stuart Hodge has been busy, finding out why data infrastructure is vital for modern business and speaking to General Motors’ Global Manager of Renewables Rob Threlkeld on developing sustainable solutions for your company.

March’s City Focus feature moves to Switzerland and Zurich, which has garnered a startup culture to rival any on the continent, while our Top 10 lists Europe’s most expensive restaurants.