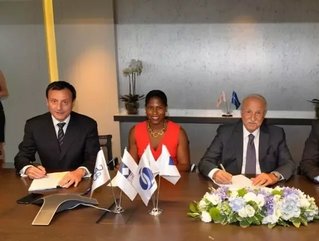 The Abraaj Group has acquired a minority stake in Fibabanka A.S, one of the most prominent banks in Turkey.

The investment from Abraaj will be used by Fibabanka to expand its franchise and support its growth. It has 70 branches across 18 cities in Turkey, with total assets of US$4.3 billion.

Fibabanka was acquired in 2010 by the Fiba Group, led by Turkish banker Hüsnü Özyeğin, which is a conglomerate operating mainly in financial services, retail, energy, healthcare and real estate with total assets of over US$17 billion and annual revenues of around US$1.2 billion. Under Fiba Group’s ownership, Fibabanka has nearly quadrupled its branch network and seen its assets and loans grow by more than twelve times in a five-year period.

Arif Naqvi, Founder and Group Chief Executive of The Abraaj Group, said: “Abraaj’s partnership with Fibabanka marks our eighth global investment in the banking sector and our ninth in Turkey. It represents a compelling opportunity to tap into the underpenetrated banking sector in Turkey where 40 percent of the population remains unbanked and household leverage ratios are low as compared to Europe. Hüsnü Özyeğin has built Fiba Group into one of the leading conglomerates in Turkey, and established Fibabanka as one of the most robust financial institutions in the country. We look forward to working together on the next stage of the bank’s growth story.”