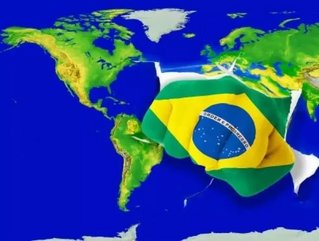 The Arab-Brazilian Chamber of Commerce (ABCC) has expressed strong optimism over the Middle East as source of investments after a report from the United Nations Conference on Trade and Development (UNCTAD) showed the region recording high foreign direct investment (FDI) outflows last year.

According to UNCTAD’s World Investment Report 2014, the Middle East’s FDI increased by 65 percent in 2013 compared to 2012. This growth was boosted by increasing flows from GCC states.

The report stated that Saudi Arabia, Bahrain, Qatar, the UAE, Kuwait, and Oman has a high level of foreign exchange reserves, specifically in their respective oil and gas industries. Qatar and Kuwait led the GCC states in terms of investments abroad.

Qatar increased its outflows by fourfold, while Kuwait surged by 159 percent. Meanwhile, the FDI flows to the UAE went up by nine percent to reach $10.5 billion, making the country the second highest FDI recipient in the Middle East in 2013 after Turkey.

“The Arab Nations and Brazil have been key trade partners and this reflects in the robust increase in trade values. These positive numbers of FDI to Arabs reflect an emerging and promising market for as we do believe that this will affect positively the bilateral relation between Brazil and Middle East.”

The Arab-Brazilian Chamber of Commerce represents 22 Arab countries. It was established in 1952 with the mission of strengthening commercial bonds between Brazil and the Arab countries, while increasing cultural and tourism exchange between Arabs and Brazilians.

The entity provides various services, such as document certification, market data, translation, among others, and promotes events, workshops and courses. It also offers the Commercial Knowledge Center, a reference center for research on commercial relations between Brazil and the Arab countries.