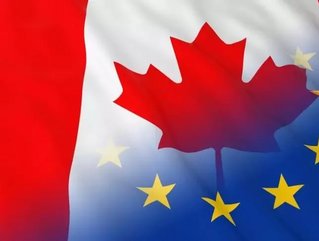 After seven years of tiresome discussion and arduous formulation, the Canada-European Union Comprehensive Economic and Trade Agreement (Ceta) looked as if it had cleared the final hurdle.

Canadian Premier Justin Trudeau was ready to head to Brussels to sign the treaty with European leaders this week, only to be held up in what has proven to be an embarrassing episode for the EU. The reason, ironically, comes from regional democracy in Belgium.

With all other member countries eager to push the deal through, it is the bastion of the European Union itself which has prevented the landmark free trade deal from being completed. While the two parties remain upbeat about the treaty going ahead, three regions in Belgium are providing a legal obstacle.

Belgian Prime Minister Charles Michel said on Monday that talks with Wallonia had failed, which throws all manner of questions into the air surrounding the EU’s ability to negotiate trade deals as a unified bloc. It also shows how difficult it might be for the UK to negotiate a pact followings its decision to leave the European Union on June 23.

There are similar problems impacting the Transatlantic Trade and Investment Partnership (TTIP) between the USA and the EU, with a decision on this not expected until at least 2019.

Wallonia is region made of 3.6 million French-speaking inhabitants. It is in the south of the country and is a strongly socialist area. Its major objections to Ceta include safeguards on labour rights, environmental protection and consumer standards – in short, it is concerned that the deal favours large corporations at the expense of smaller businesses, something which EU and Canadian deal brokers deny.

Under the pact, 98 percent of tariffs would disappear which supporters say would boost trade between the two parties by 20 percent. Opponents in Wallonia cite that big businesses would be able to sue governments.

Such is the makeup of the Belgian constitution that all political regions in the country have to agree for treaties at an EU level such as this for the country to give its official consent. It brings into question the effectiveness at which regional, national and continental politics can operate in tandem. It also brings into question the meaning of democracy at a European level – is it right that a region of 3.6 million people prevents a pact going through that is supported by parliaments representing 500 million others?

But what if the deal does go through? Is this then undermining the sovereignty of Wallonia? Many more questions can and will be asked as right across the continent debates rage, in some cases nastily, about what the balance between national and European sovereignty should be. On sheer practical, process grounds, the Ceta saga has proven what was already suspected by many – that the EU is ineffective at best at making progress on what could be game changing trade partnerships with major economic players.