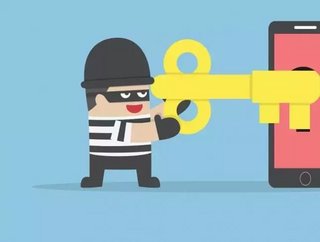 Financial institutions in the UK are losing more than £20million each year to fraudsters targeting call centres, more than twice the amount lost by similar companies in the USA.

According to a new report from fraud protection and authentication company Pindrop, the UK experienced one in 700 fraudulent calls in 2015, compared to the one in 1,700 in the USA, during the same period.

Pindrop analysed over 10 million calls to major enterprise call centres in the UK and US to illustrate the extent of fraud targeted at call centres. The 2016 Call Centre Fraud Report compiles these findings and indicates call centre fraud is on the rise on both sides of the Atlantic. In calculating the average cost of fraud, financial institutions in the UK are losing £0.51 to fraud on every call. For a large call centre receiving 40 million calls per year, this adds up to an average of £20 million in losses every year.

Strong online and mobile security plus the abundance of breach data and availability of Chip and Pin (EMV technology) means cybercriminals are changing tactics, exploiting the weakest link in the organisation: the call centre.

Matt Peachey, General Manager, Pindrop EMEA comments: "We define call centre fraud as any interaction between a criminal and a call centre agent. Our report shows that a criminal will make up to five calls before completing a fraudulent transaction in order to get as much information from agents as possible to then use at a later date across any channel.

"Call centre agents aren't fraud experts. They are tasked with providing genuine customers with a great experience and as such are being targeted by criminals making them the weakest line of defence in any attack. By equipping agents with solutions to better identify a suspicious call quickly, they can also prevent the pre-fraud data gathering activities that lead to increased fraud across the phone and other channels."

Recent figures from the Office of National Statistics estimated that 5.1 million fraud cases took place in the UK during 2015 while figures from organisations such as the Financial Fraud UK (FFA) showed that telephone fraud rose by 92 percent in 2015. Within its report, Pindrop confirms that the true extent of call centre fraud is much higher than what is currently known.

Other key findings from the report reveal that the majority of fraudsters attacking UK financial institutions are calling from within the UK with domestic calls making up 72% of those fraudulent calls recorded. The report also identifies that mobile phones are the most popular device used to launch fraud attacks, which has been encouraged by the availability of tools and apps that allow fraudsters to easily spoof their telephone number or distort their voice.