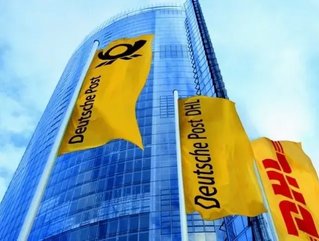 German conglomerate, Deutsche Post DHL, the world's leading postal and logistics group, boosted revenues in the second quarter of 2014 and generated a strong increase in profitability. Between April and June, revenues totalled €13.7 billion, nearly 1 percent above the previous year's level.

Adjusted for negative exchange-rate effects and other inorganic factors, revenues rose more than 4 percent, fuelled by organic increases in revenue in all four of the company's divisions. This result reflects the strong position maintained by the Group and its divisions in rapidly growing market segments and regions.

Frank Appel, the CEO of Deutsche Post DHL said: "The company's successful performance in the second quarter is a further demonstration of our Group's fundamental strength.

"We have both a high-potential business base and the ability to generate reliable gains in revenues and earnings even under challenging business conditions. With our double-digit increase in EBIT, we demonstrated these two strengths during the past quarter."

For the remainder of 2014, the Group expects only slight improvement in the global economic environment. Revenue rose by nearly €100 million to €13.7 billion in the second quarter of 2014, compared with EUR 13.6 billion in the same period last year. Adjusted for exchange-rate and other inorganic factors, revenues rose by around €570 million.

Nonetheless, the company believes that the positive earnings trend will continue and that consolidated EBIT will rise to between €2.9 billion and €3.1 billion.

However, the company adjusted its expectations regarding the EBIT contributions to be made by the respective divisions: The Group now estimates that the Post - eCommerce - Parcel (PeP) division will contribute an additional €100 million to earnings following its good operating performance in the first half of the year.

As a result, the division's total EBIT contribution in 2014 is now expected to be around €1.3 billion. Due to a challenging market environment for the Global Forwarding, Freight division together with higher investments for that division's transformation program (New Forwarding Environment - NFE) the Group now expects operating earnings in the DHL divisions will rise to between €2.0 billion and €2.2 billion.

Previously, the company had assumed that the DHL EBIT would increase to between EUR 2.1 billion and €2.3 billion. As previously announced, Corporate Center/Other expenses are expected to fall below €400 million in 2014. The Group also remains committed to its goal of at least covering the dividend paid in May for financial year 2013 from this year's free cash flow.

Deutsche Post DHL expects to generate further earnings growth beyond the current year. Between 2013 and 2020, the company expects earnings growth of more than 8 percent per year on average for the Group. The DHL divisions are expected to continue to be the main contributor to the company's revenue growth and to the anticipated strong increase in profitability, with an annual average EBIT growth of approximately 10 percent per year. At the same time, the PeP division is forecast to increase operating earnings by an average of around 3 percent each year. Furthermore, the Group expects to reduce Corporate Center/Other expenses to below 0.5 percent of Group revenues by 2020.

Appel added: "With the 'Strategy 2020' announced in April, we laid the foundation to enable us to continue to profitably and sustainably expand our business in future years.

"To reach our goal of defining all aspects of the logistics industry by 2020, we intend to build on our strengths and forge ahead in the key initiatives announced.

“For this reason, we are investing in the continued optimization of our divisions and will remain focused not on the Group's short-term profitability, but on its long-term and sustainable success, and help us become the driving force in the industry."