Fintech vs banks: the battle heats up 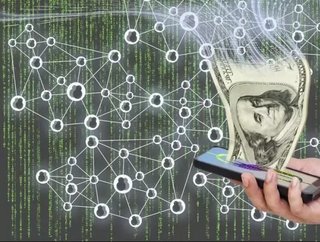 Fintech – the term coined for financial services technology – is an extremely fast-growing industry worldwide. In fact, the total global investment in Fintech between the years of 2010 and 2016 reached as high as $80bn.

Its evolution can in large part be attributed to ‘disruptors’ – startups shaping the financial services landscape for good. Some argue that the secret to maintaining the industry is nurturing the startups through which new technology is birthed, but with Fintech gradually seeping into the growth strategies of traditional banks, which of the two will win?

Born out of the financial crisis, Fintech in the UK has since flourished. As a result of the events in 2008, startups identified a loss of trust in banks and took advantage of the opening. Since then, London has been named the global Fintech hub – one which supports startups and encourages them to create choice and value for customers. This makes for a perfect environment to innovate, and with regulations such as the FCA’s regulatory sandbox – introduced in 2015 – Fintech startups have been flocking to the UK as a result.

The regulatory sandbox introduced last year by the FCA paved the way for financial services startups to test their technology in a safe environment, without certain limitations and obstacles which they would have faced otherwise. It reduced the time of testing procedures and the costs, which made it far simpler for challengers to compete with the traditional banks’ vast stockpiles of money and resources. This has been a large factor in achieving London’s current status as the global Fintech hub.

For some time after the financial crisis, traditional banks’ emphasis was on regaining customers’ trust – so it was no surprise that Fintech was not top of their list. However, banks have since realised the potential of Fintech if applied to their processes more vigorously, and are slowly joining the startups in the race. Banks across the UK have taken to increasing their total IT spends, investing in R&D and innovation labs to compete with challengers. Meanwhile, other traditional institutions have chosen to work with the startups – whether via a program to nurture them, partnering up or acquiring one, they have recognised that the innovation they need is already out there.

Nevertheless, disruption of traditional banks continues, and the CMA report published this month was welcomed as an enabler for the startup cause. Making data more open to improve customer choice, it allowed smaller Fintech businesses to access the same information as the traditional banks.  This would provide the startups with the ablity to compare their prices with that of the major banks, as the banks already do now, forming a fairer, more competitive market for all. Banks’ response to the report, as expected, was highly negative, with some criticising the report as not doing enough to create more choice for customers.

With the playing field for traditional banks and Fintech startups now levelling out, there is a bright future for customers in the UK. More choice – something which the startups have been aiming for since 2008 – is becoming readily available, with regulations being introduced to ensure it happens. The major banks which have dominated the scene for some time now may have to relinquish some of their power, as customers are given a fairer comparison between their offerings and that of the startups’.

It is now their choice whether they want to work with startups or against them, but I would strongly advise against the latter. As time passes, more and more investment is pouring into innovative Fintech, and banks would be careless to ignore this.