GCC consulting is no longer ‘standing out’ on the world stage 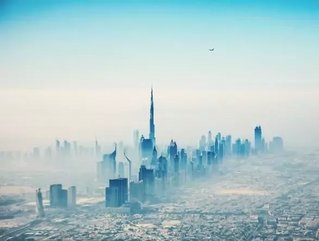 While in many parts of the world a six percent growth in consulting would be a cause for celebration, a new report reveals today that it’s a real concern for consulting firms in the GCC.

The report from the leading research and strategy firm for the global management consulting industry, Source Global Research, finds that the market wide slowdown was even more dramatic across the GCC’s public sector (down from 19.4 percent in 2014 to 5.6 percent in 2016). The public sector market for consultants is now worth $900million, but the recent slump in oil prices has constrained activity for consultants.

To make matters worse, late payment is becoming a real issue for consultants across both private and public sectors. Many firms report that the situation in Saudi Arabia and Qatar has led to the problem becoming markedly worse over the last 12 months—with clients beginning to set their own timeframes for payment.

Against the backdrop of the market slowdown, performance across the GCC was mixed. Saudi Arabia grew 6.5 percent to $1.31billion, the UAE grew 6.6 percent to $815million, and Qatar grew 4.4 percent to $342million.

Edward Haigh, Director of Source Global Research, said: “Six percent growth meant that 2016 was the year in which the GCC - the consulting world’s star performer for so many years - stopped standing out. And the consensus, among most of the region’s consulting leaders, is that they’re glad it’s behind them. It all adds up to a market for consultants that’s slower than it has ever been, and in which huge risks and challenges remain.”

Despite the tough economic context, 2016 was the year that digital finally became a reality for clients in the GCC. Many clients viewed digital technologies primarily as a mechanism for achieving greater efficiency and productivity before realising the additional customer experience benefits it could deliver.

Vikas Papriwal, Partner, Head of Markets at KPMG Lower Gulf and Middle East South Asia, added: “I've never seen clients' needs change so rapidly. Technology is at the heart of those needs, but particularly disruptive technology. It's about how you use robotics in manufacturing, or create digital customer experiences that are second to none.”

Dubai – the bright spot in the UAE

The UAE’s performance was full of contrasts. Abu Dhabi’s market was characterised by cautious clients, slow decision making, and a market that had stalled. In stark contrast, Dubai stood out as a market that combined some of the best features of emerging and mature economies. And with Dubai and Abu Dhabi preparing for the introduction of VAT at the beginning of 2018, the report says that while it’s uncertain just how much work will fall to management consultants as opposed to tax advisors, it’s hard to see it not being a driver of demand.

Financial services was an active market, up 7.2 percent to $599million, and it was here that digital was particularly in demand. Consultants in search of the more familiar double-digit growth turned to the active healthcare & pharma industry (up 10.2 percent to $190million). This market benefited from its central role in the government’s transformation agenda.

As clients focused on efficiency and productivity, consultants in the technology and operational improvement service lines benefited most. Technology consultants had a further boost from the uptick in digital demand as the majority of digital work in the GCC relates to technology.

The report also found that Type A firms (largely Big Four firms) took the lion’s share of the market in 2016 – growing nine percent to $930million. But the cancellation or postponement of projects—created challenges for firms when it came to planning for workload.

Edward Haigh from Source concluded:  “You can’t help wondering if there’s a year of extraordinary growth dangling somewhere out there in the future of the GCC consulting market. Combine Saudi Arabia’s National Transformation Programme with a recovering oil price, pressure building in Qatar as 2022 nears, and the Dubai World Expo in 2020, and you start to create a perfect storm of demand for consulting services. Unfortunately for consultants, that year will not be 2017.”