How Media.net's CEO became a billionaire 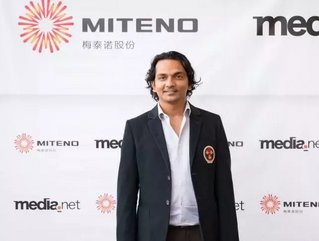 Dubai-based Media.net has been acquired by a Chinese consortium for $900 million, making its founder and CEO, Divyank Turakhia, a billionaire at the age of 34.

Not really a surprise when you consider he made his first million at the age of just 18 – four years after starting his first internet business in 1996. A meteoric rise by any standards, and one that eventually led the serial entrepreneur to set up Media.net in Dubai. In 2014 he sold four brands that he co-founded with his brother Bhavin to Endurance International Group for $160 million.

A childhood love of computer programming is one of the reasons for Turakhia’s success. In a 2008 interview he commented: "I loved computers to such an extent that while other kids spent their time playing football, basketball, cricket and the likes, I spent all my lunch breaks and after school time in the computer lab. Between the ages of 12-14, I used to hold after-school sessions to teach advanced concepts…to a class of students and teachers that were interested in learning about the same. The school didn't have anyone who knew much about it since this wasn't part of the standard curriculum."

Media.net’s 2015 revenue was $232 million and it manages more than $450 million of annual advertising revenue via its platform, more than 50 percent of which is generated from mobile users. It has seven offices worldwide, including global headquarters in Dubai, and US headquarters in New York. Media.net has more than 800 employees, up from 650 in 2015. By revenue, Media.net is the second largest contextual advertising business worldwide. Its portfolios of advertising technology includes search, display, mobile, native, local, products and video, licensed by various publishers, ad networks and other ad tech companies worldwide.

Talking about the deal, Turakhia said: “Our team has spent the last several years putting together one of the most comprehensive platforms for ad tech, and we are just getting started. The acquisition will enable Media.net to be an even greater platform for innovation and investment on a global scale. Together, we can accelerate the company's growth and deploy new products and services that will add value for our customers. Media.net’s leadership team and employees are excited to enter into this new phase of growth.”