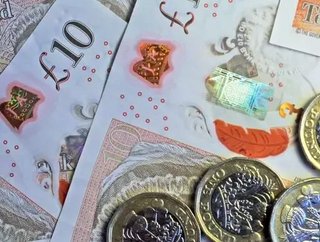 In a recent poll of economists, Reuters has discovered that there is a belief that Britain’s economy will struggle to fully recover for at least 2 yea...

The pre-pandemic state of the British economy will be difficult to reach, with there being a very slim possibility that the Bank of England opts to use negative interest rates to accelerate the upswing and therefore the recovery of the economic state of the region.

The economy, much like Britain as a whole, has taken a significant hit from the outbreak of the COVID-19 pandemic. Britain has recorded Europe’s highest death toll from the coronavirus, despite the government’s advanced warnings that were seemingly ignored, leading to widespread criticism of its handling of the situation.

Following on from the impact to the country as a whole, the economy also shrunk by 20.4% in the last quarter of 2020. This was caused by the nation-wide lockdown, implemented to slow the spread of the virus, which left people stuck inside whilst businesses had to close their doors. Since entering the recovery phase, restrictions on the majority of businesses have lifted, leading to expectations that the economy will boost itself up by 15.1% in this current quarter, according to the Reuters survey.

“The severity of the slump was chiefly a by-product of the very long lockdown in the UK, necessitated by the government’s laissez-faire attitude in the early days of the pandemic, which meant the virus spread more widely than in other countries,” said Samuel Tombs at Pantheon Macroeconomics.

The Bank of England reported earlier this month that it does not expect the economy to recover to its pre-pandemic state until the end of 2021 at the very earliest. 20 of the 23 respondent economists disagreed with this, however, believing that it will take at least two years, with just 3 economists agreeing with the Bank of England.

The poll also predicted that the economy will expand by 6.2% in 2021, following a significant contraction of 9.7% this year, more than it was forecast to do. The worst-case scenario that economists can foresee is a contraction of the economy of up to 14.2%.

“Unlike BoE chief economist Andy Haldane, who thinks it is now time to see the economic glass as ‘half-full’, recent data outturns have made us more pessimistic about the lasting economic impact,” said Elizabeth Martins at HSBC.