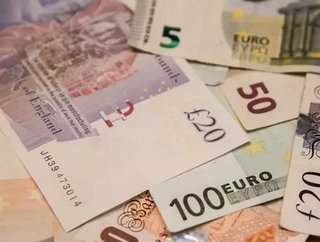 Business Chief takes look at the 10 largest investment companies in Europe, ranked by revenue. All our figures are courtesy of the Forbes Global 2000 list of the ‘World’s Biggest Public Companies’.

Based in Stockholm, Sweden, Industrivärden AB is an investment holding company which specialises in long-term investment and active ownership of its holdings. In 2017, the company reported a net revenue of $1.96bn, which represents an increase in sales of over 130% year on year. Industrivärden’s investment focus is on listed Nordic companies with growth potential. The active role the company takes in its holdings is intended to provoke continuous growth. Also, with only 23 employees, it is by far the smallest company on our list.

Eurazeo SA is a Parisian holding company with investments and management ties to private equities, listed companies, real estate and assets of third party corporations. Eurazeo reported a net revenue of $3.35bn at the end of 2017, which represents a decrease in sales of almost $1bn year on year, continuing a three-year trend. However, Audra Newberry writes in Simply Wall Street that “although earnings growth was negative against the prior year, over time, Eurazeo’s profits have been increasing on average”.

The United Kingdom plays host to the highest number of investment companies in the European top 10. Based in London, Investec Plc reported a net revenue of $4.84bn in 2017, which represents a more than $200,000 decrease in sales year on year, continuing a five-year trend from the high point of $5.84bn in 2013. Investec specialises in providing diversified financial products and services to niche clients, according to Forbes, operating through three divisions: Asset Management, Wealth & Investment, and Specialist Banking.

Based in Stuttgart, Germany, Wüstenrot & Württembergische AG (W&W) is the youngest investment company on the top 10, having been founded in 1999. W&W functions as an independent financial services group, providing investment banking services as well as insurance to customers primarily in its home territory of Germany. The company reported a net revenue of $7.12bn in 2017, which represented a $500mn decrease in sales year on year.

Swedish investment company, Investor AB, is based in Stockholm and reported a net revenue of $7.27bn in 2017. The company divides its investments into two categories: Core Investments and Financial Investments. Core investments are comprised of holdings in which Investor has a controlling interest or listed ownership. The financial segment includes EQT funds, Investor Growth Capital, partner-owned investments as well as some smaller holdings, according to Forbes.

Headquartered in Willemstad, the Netherlands, HAL Trust NV engages in the holding of trusts and investments for its shareholders through subdivisions including optical retail, real estate and its liquid portfolio. In 2017, HAL Trust reported a net revenue of $8.89bn, which represents a $100,000 increase over the previous year. The company also experiences a profit growth of over $250mn in comparison to the previous financial year, its largest growth in a decade.

Founded in 1704, Parisian investment company Wendel SA is by far the oldest company in the top 10. The firm specialises in long-term investment in industrial, media and service companies, according to Forbes, with smaller-scale holdings in the energy, real estate, biotechnology, media and advertising sectors. Wendel reported a net revenue of $9.16bn in 2017, which represents the continuation of a four-year trend of revenue growth, from $7.24bn in 2014. For the past two years, the company has experienced a net loss, even though sales have increased. On average, Wendel’s asset portfolio has decreased over the past decade.

London-based company St. James’s Place Plc focuses on financial and wealth management services provided to individuals, trustees, and businesses, with a specialisation on bespoke services catered to a client’s needs. The company reported a net revenue of $15.32bn in 2017. While this represents a growth in revenue of over $10bn and the highest sales figure in the company’s history, annual profits dropped by more than 50%, down to $151.4mn, a six-year low.

Old Mutual Plc is a long-term investment, savings and protection company based in London. The company offers investment products and services domestically, as well as across Europe, Africa, Asia and Latin America. The company also provides insurance worldwide, through Nedbank and its subsidiary branches. Old Mutual reported a net revenue of $22.09bn in 2017, representing a growth in sales of more than $4bn year on year.

With its headquarters in Turin, Italy, EXOR SpA is Europe’s largest investment organisation. The company owns and operates the Fiat Group, the Fiat Industrial Group, C&W Group, Alpitour Group and Juventus Football Club. This diversified portfolio, ranging from automotive manufacturing and sales to sports entertainment means that, with over 300,000 employees, EXOR is the largest job creator on the top 10. With $152.56bn in reported net revenue for 2017, Forbes ranks EXOR 19th in terms of sales globally. Currently, the company’s asset portfolio is at a 10-year high point, with over $192.99bn in holdings worldwide.